There are many scams that target seniors - Medicare phone scams, lottery phone scams, discounted offer phone scams - however none is more insidious than the grandparent scam. 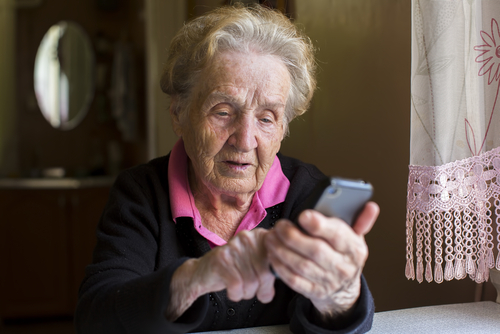 In this particular phone scam the caller will pose as the grandchild in serious danger. Many times they will collect personal information off of social media and they will involve other players, people who pretend to be police officers or lawyers. This scam results in the loss of thousands of dollars and broken trust.

Phone scammers will call a grandparent and say, "Grandma, it's me! I need help. I'm in trouble." Most grandparents when they receive this call will begin to panic and may say the name of the grandchild who they think is calling. From that point on, the scam artist weaves a story of legal problems and the need for financial assistance.

Typically, the scammer will state that they've been in a drunk driving car accident, were arrested, and need money to get out of jail. Another common scenario is that the grandchild is currently traveling abroad and has lost their passport, without their grandparent sending them some money they have no way of returning home.

Families should discuss the grandparent phone scam with their grandparents. A key factor in this con is that the caller will beg the grandparent not to tell anyone about the situation that they are in.

Make sure that your grandparents know that you would not call them in a situation like this, and tell them to ask specific questions that only their grandchild would know. For example, one grandmother realized that she was being scammed when the caller referred to her as "Grandma" instead of "Nana."

Keeping calm, alerting others, and asking specific questions are three ways in which grandparents can avoid this scam. You can protect grandparents by being careful with social media privacy settings (only allow friends to see your posts), and letting them know that if you ever call asking for money to just say no.

Getting the Word Out About the Grandparent Scam

If your loved one has been contacted by a grandparent phone scammer immediately report it to your local authorities. It's likely that these scammers are targeting others in your community. Unfortunately, it's very difficult to catch these types of scammers since they use caller ID spoofing to hide their identities.

404-225-2323: Caller advising he was a grandson, arrested on DUI charges, requesting assistance.

You can check for suspicious activity on phone numbers in our online phone book by running a reverse phone lookup. If you have an iPhone, you can trace phone numbers on the go with our free caller ID app.