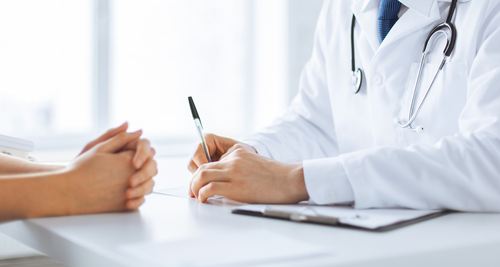 In order to save time and money, people will often order prescriptions online. Phone scammers will then call people and state that they are a representative of the Food and Drug Administration (FDA) and that they have intercepted a package with illegal drugs in the name of the person they are calling, similar to the DEA phone scam.

Using an online pharmacies is common, but there is still somewhat of a stigma attached to it due to the lack of information out there and the fact that many are fraudulent. Canadian pharmacy phone scams are a common occurrence and another variation of phone scams that target the elderly.

This illegal pills phone scam begins with a phone call from a person who is claiming to be a member of the FDA. The caller will start out by asking you whether or not you have recently purchased pills from an online pharmacy. If you answer yes to their question, they will proceed with the scam.

The fake representative will claim that the pills or medical supplies you purchased are illegal, and that serious penalties will incur if a fine is not paid.

You will never receive a call from an FDA agent stating that you have illegal bought pills and will be arrested if you do not pay a fine. Typically the scammer will request that this fine be paid via wire transfer or pre-paid debit card. This is a major red flag, as it is a hallmark of nearly every common phone scam.

If you've received a call from someone claiming to be a FDA or DEA agent and demanding that you pay a fine, hang up immediately. Do not give the caller any personal information. You should report it directly to the government organization that the caller claimed to be representing.

You can also help warn others in your community by helping to spread the word. Most people fall victim to phone scams because they are unaware of their existence and the many variations of phone scams that exist. You can run a reverse phone lookup on any suspicious call that you receive in CallerSmart's online phone directory or via our free caller ID iPhone app.

Our community phone book features user feedback regarding many different phone scams and the numbers that are used to perpetrate them.