Your phone rings and you look at the caller ID, it reads 876-something and looks like any normal 10-digit U.S. phone number. However, this isn't a U.S. phone number, it's a Jamaican number and it most likely belongs to a scammer, unless you have friends or family in Jamaica. 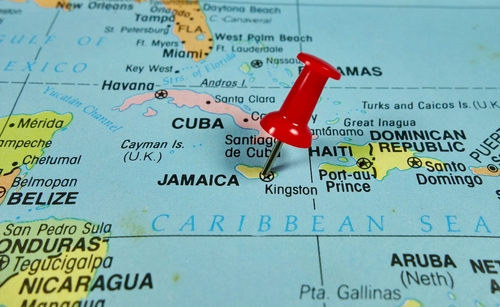 An estimated $300 million is stolen every year from Americans by Jamaican phone scammers, it has spiked the levels of violent crime and homicide in the small Caribbean nation as gangs use this money to fund drug and arms trafficking. Here's how you can avoid Jamaican phone scams and help bring a stop to them.

If the target of the scam states that they never entered a lottery, the caller will state that it's possible that a friend entered their name into the contest or perhaps they were added when they filled out a survey. Many times the Jamaican lottery scam will first start out with a mailer, and many people not questioning the validity of the contest will fill it out with their address and phone number and send it back to it's pre-paid destination. This gives scammers an easy way of finding victims.

After the caller has informed their victim that they've won, they will request that a small processing fee be paid. If the victim chooses not to pay or stops future payments the caller will often become aggressive and threatening, calling many times a day and threatening to send people to the victims house.

The 876 area code and other Caribbean area codes, like 809, 649, and 284, have all been associated with the one ring phone scam. In this scam your phone will ring one or two times and then hang up before you can answer it. When you call it back thinking that it is a domestic long distance call, you will be in fact making an international call typically to some sort of expensive hotline.

The scammers will try to keep you on the line for as long as possible, and you will not realize that you're being scammed until you receive your monthly phone bill.

Avoid answering calls from unknown numbers, especially calls coming from area codes that you are unfamiliar with. After you've let the call go to voicemail run a reverse phone lookup on the number to see where it's from, and check for any suspicious behavior associated with it.

If you have an elderly loved one make sure they know that it's impossible for them to win a lottery that they didn't enter themselves, this is especially true for international lotteries. We've created this list with helpful resources about protecting seniors from fraud.

If you receive calls from an area code that's outside of the U.S. and you don't know anyone from that country block the number on your phone and report it to the Federal Trade Commission (FTC).

You can also report the phone number in CallerSmart's online phone directory listings or our free phone number tracing app for iPhone.