In 2014 and 2015, the Federal Communications Commission (FCC) and it's partners fined telephone carriers over $350 million for unauthorized charges. These unauthorized charges are part of a common scam known as cramming. Carriers will add small charges of $1 or $2 to millions of customers' phone bills. 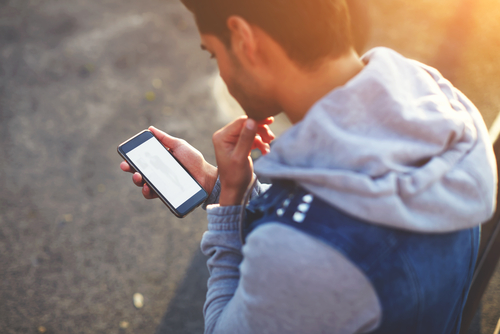 Phone scammers, like these carriers, have also devised a scam which targets millions and adds small charges on to your monthly phone bill. The one-ring phone scam is one of the sneakiest and easiest scams to fall for. Victims of this scam can be billed without ever even speaking to the scammer.

How Does the One-Ring Phone Scam Work?

The people behind this scam call their victim's phone number once and then hang up. If the victim tries calling them back, they'll be billed both a connection fee and expensive international charges. Scammers will often use a spoofed number to make it look like the call originated in the United States. However, if you try calling the domestic number back, you'll be rerouted to an international call center and be charged long distance fees.

In another variation of this scam, the caller will not spoof their number but will place the call from another country that uses the same 10-digit dialing plan as the U.S., this includes countries like Jamaica and the British Virgin Islands. One-ring call scams are surprisingly effective, because most people don't realize what is happening. They have been warned about giving sensitive information over the phone, but never knew they could be charge for merely making a phone call. Therefore, many people fall for this scam.

How to Protect Yourself Against This Scam

This is a tricky scam to identify, however if you get a call that only rings once or twice, don't bother calling it back. If a person is trying to get ahold of you and it's important they will call back and leave a message. It's also possible to identify these scams by doing the following.

Always be wary of phone calls from area codes you don't recognize. People using this scam often use phone numbers from the Caribbean, avoid answering calls that start with an 876 area code.

Phone scammers can also use spoofed numbers from other states that you don't recognize.

You can trace the phone number to look for more information and reports of suspicious activity.

Even if you're careful, you could fall for this type of scam. Screen your billing statement regularly for suspicious and unfamiliar charges. If you see that you've been billed extra fees, try to see when the charges were made and match them against any suspicious numbers in your phone. Block phone numbers in case the caller tries to target you again.

How Do You Report This Scam?

One-ring phone scams should be reported to the Federal Trade Commission (FTC). Be sure to provide as much information as possible to make it easier for the investigators to track the people behind it. You can also help warn others in your community about one-ring calls and run reverse phone lookups on numbers that spam you by entering them into our online phone book. Thanks to our users we have feedback on millions of U.S. phone numbers. You can check numbers for suspicious behavior in our online phone book or our free phone number tracing app for iPhone.