The Great Recession that started in 2008 was an international recession that affected billions of people and countries all around the world. It lasted longer and was worse than the Great Depression in the 1930s, in one day the stock markets fell more than one trillion dollars in value. 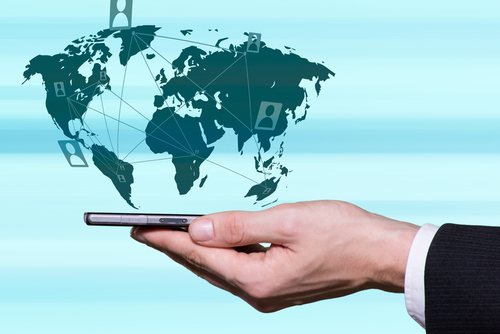 In the United States, unemployment was at record highs and many people lost their houses and were buried in debt. Recovery was slow and it wasn’t until three years later that recovery started to be felt. Employment levels recovered as well as the markets. However, many Americans still feel the effects of this recession.

Scammers have taken advantage of this feeling among many Americans to lure them into divulging sensitive personal and financial information.

How Does the Scam Work?

Beginning in 2009, people starting getting calls and emails from firms offering government economic stimulus packages. These “packages” were claimed to be able to help Americans recover from the recession. In truth, these were scams designed to steal personal and financial information.

There were many variations of the scam. The most common form was a phone call that requested personal information like social security number, birthday, and financial information to see if a person qualified to receive money. Other versions involved websites that advertised for a small fee to provide a list of government grants that people could apply to for money.

This was a major problem right after the recession and has decreased in recent years as the economy has improved. However, grant scams are still in full swing and you should be on high alert for them:

(206) 681-9680: I received a call (the caller already knew my name) saying that i was selected for a federal grant. I was given a confirmation code and told to call this number. Towards the end of the call, the lady mentioned i needed to send $250 through moneygram to activate my code and i would receive my money in 30-40 minutes.

Above is one example of the type of grant scams that are still happening today, as reported by one of our phone book users.

How to Protect Yourself

Unfortunately, the government doesn't call offering money. Don't be fooled by callers, emails, and websites that guarantee government money. In addition, the stimulus package of 2008 wasn't given to individuals in the form of grants. Instead, there were tax cuts and money was invested into different programs designed to stimulate the economy and increase job opportunities. To avoid this scam you can do the following:

You can report economic stimulus grant scams to the Federal Trade Commission (FTC). You can also report these types of calls in our community phonebook. If you have an iPhone you can download our caller ID app for iPhone from the App Store. With it you can see feedback from other users on numbers, and leave your own feedback on numbers in order to help others in your community avoid scams.

If you don’t have an iPhone you can still trace phone numbers on our website and see the same feedback as what is available in our app.