This scam is a derived from one of the oldest and best known scams, the advance-fee (419) scam, which started in Spain in the 1700s. Over 300 years ago scammers would contact wealthy businessmen and tell them that their was a nobleman stuck in a Spanish prison. If the businessman could provide money to get the prisoner out he would be repaid tenfold. 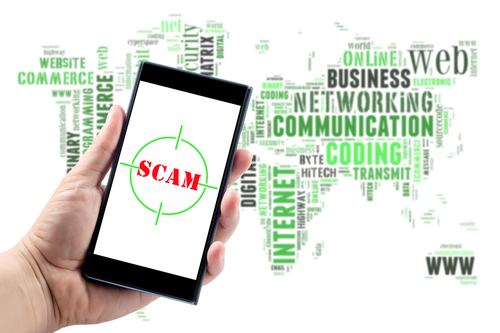 Fast forward to modern times and this scam was a major problem in the 90s and early 2000s. You might remember or may have even received an email from someone claiming to be the representative of a wealthy Nigerian family. There many was inaccessible and they needed just a small amount to help them leave the country and access it.

The hidden money scam works in a couple of different ways. Scammers may reach out to their victims first through email, snail mail, or they may try to contact directly via phone call.

The scammer will explain the situation that they are currently in jail or someone they know is in jail. The person who is currently in jail will have a large sum of money hidden away that is just waiting for their release.

They will claim that if you are able to help them with a lawyer's fee or bail they'll be able to access the money and pay you back, potentially with millions.

How to Avoid the Hidden Money Scam

If you're contacted by a stranger telling you they have a large amount of money hidden somewhere and waiting to be collected you should immediately be suspicious.

Many people can get caught up in this scam because the payoff seems so good and the scammers are often very believable in building their story. Like with the grandparents scam and the Jamaican lottery scam, there will often be multiple people working on the scam. You might be receiving calls from "lawyers", "friends", "court officials", as well as the "incarcerated" person with the hidden money.

Though their story may seem believable keep in mind these things if you find yourself talking to someone who is promising you lots of money:

Try to get the caller to give you specifics like what jail they are in and why they can't get the money themselves, from a family member, or friend. You’ll find that their story never really adds up as to why they need your help.

Don't keep it a secret.

Callers that are involved in this scam will tell you to keep it a secret and to not tell about the money. When you tell another person about how you were contacted you will begin to see that it doesn’t make much sense what’s being asked of you. Scammers don’t want this to happen.

Never send money via wire transfer to someone you don’t know.

If someone you don’t know calls and asks you to send them money via wire transfer, prepaid debit cards, or gift cards do not trust them. These methods of sending money are highly difficult to trace and are the main ways scammers solicit money from their victims.

How to Report This Scam

If you were contacted via direct mail by someone claiming to have hidden money you should report it and send the letter you received to your local FBI field office and the U.S. Postal Inspection Service. They will be able to look into where the letter came from.

If you were contacted via email you should mark the email as spam and you can also report it to the FBI's Internet Crime Complaint Center (IC3).

If you were contacted via phone you can file a complaint with the FTC's Complaint Assistant and also in our community phone book. Reporting the number that contacted you will allow you to spread the word about this scam and warn others not to fall for it.

You can download our caller ID app for iPhone to lookup unknown phone numbers and report those belonging to scammers. If you don’t have an iPhone, you can use our online reverse lookup phone book. It features the same phone book as our app.