Phone scams are no joke. Scammers target millions of Americans every year via robodialers and many people fall victim as they are threatened with arrest warrants or guaranteed free vacations. One of the most infamous phone scams, the IRS scam, has stolen over $14 million collectively since October 2013 and it's on the rise. At CallerSmart we see a wide variety of phone scams, and thanks to our vigilant users we can help spread the word about these scams. We've made a list of the 8 most common phone scams to watch out for. 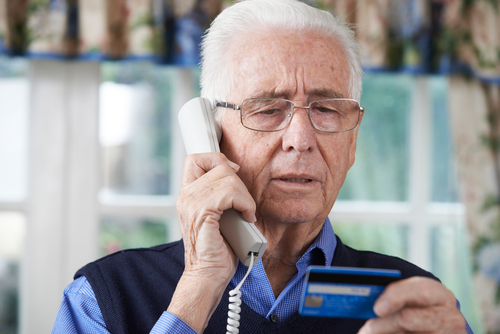 You finish your day at work and you have a voicemail from an unknown number: "Congratulations! You've won a free cruise to the Bahamas! To claim your reward..." Chances are, like most things, this is too good to be true. The free prize, Disney trip, Caribbean cruise, dream vacation, etc. is a common scam. What you've won might change, but the scammers still want the same thing: your personal info and money.

Here is just a sampling of a few numbers that have been marked vacation or prize scammers:

A major red flag to watch out for with these free trip phone scams is if they ask you to first pay a small fee in order to collect your prize. If you've won something then you shouldn't have to pay for it.

Phishing scams are usually carried out via email or websites, but there are also phishing calls that try to convince you that there's an issue with your computer. These scammers will make you think that your computer and privacy is at risk to get information out of you, or to get you to download malicious software that can steal your information.

Some examples of phishing calls are:

(661) 748-0240: Told my mom there was someone hacked into our computer and looking through all of our stuff and webcam (we don't even have one) and trying to find out our credit card numbers. He said there has been malicious software on our laptop for awhile now and if she doesn't give him the information he needed to "help us" our computer would be destroyed and they would find our address. Said he was with fbi. Yet he couldn't even tell my mom her name. This is a scam and he is just trying to frighten people into giving

(210) 526-6628: Received call from someone who who said they were from Windows Rescu center and that their reported that my computer has been hacked. This number is what was recorded on my as belonging to the caller.

Most companies like Microsoft won't call you out of the blue. If you do get a call where a person is saying that you're at risk, ask them for their information and say that you'll call back. Once you've hung up you can check with the company they said they were calling from to see if there really is an issue with your computer.

What do auto loan, student loan, small business loan and payday loan phone calls all have in common? They're all typically scams. We've come across all sorts of loan phone scams, including:

(425) 559-9332: They speak about calling from the federal government and about student loans, but also try to harvest information. They actually spewed profanities at me when I said they have the wrong number.

Whenever you get a cold call it's smart to be suspicious, especially when they are offering you money and asking for information.  If you feel that you've gotten a call from a loan scammer you can file a report with the FTC. CallerSmart's caller ID app has instructions on how to file a complaint and get yourself on the FTC Do Not Call List.

Equally annoying to loan scammers, but a bit more discouraging because of the threats they can make, phone debt collectors can be a serious problem. If you get a call from a debt collector ask for their name, number and company information, then end the call. After this you can check with your creditor about the calls to verify if the debt collector is real.

(888) 399-1956: Claimed to be a debt collector. Sounded shady. Scammers trying to get detailed information about people that I never heard of.

(731) 256-6897: A debt collection agency that rarely if ever leaves a voicemail. They have several numbers they call through to mask themselves. Will not take you off their call list.

The FTC gives excellent guidelines on what to do if you're being harassed by fraudulent debt collectors. The number one thing to do is not give any of your personal information out. After that ask for the caller's information and that the caller send you written notice of your debt.

Interesting fact: If you send a written letter asking a debt collector to stop calling you, they can no longer legally call you.

Sadly, some people feel they have nothing better to do than pose as fake charities and scam people out of money. One of the most common fundraiser telephone scams involve people pretending to collect money for local police and fire departments.

(816) 579-0693: Claimed to be calling for the MO Police Officer Association and wanted a donation. Would not give details of location.

Like this smart person did, before you give out any personal information or even think about making a donation ask for the caller’s information and the details of the charity, then hang up. After you get off the call check with your local police or fire department to see if they really are using callers to raise money.

It's not just fake police and fire department funds that will call though. Recently, the FTC filed a civil complaint against four supposed cancer charities. These charities stole nearly $200 million from Americans, their success in large part was due to aggressive telemarketing tactics. We’ve found several other scammers using similar tactics:

(202) 770-2381: These people use the appearance of the name of EN DEV FND (environmental defense fund) organization in Washington, complete with a fake area code to make it look like a real phone number! They are taking advantage of the recent tragedy in California and the news about it to prey on our good hearts by using the name of a good organization who people would normally want to donate to. They also change the number ever so slightly so if you block the number one of their other versions is sure to make it through

Before you decide to donate it’s always a good idea to do some information digging to make sure you know where your money is going. There are websites, like the Better Business Bureau Wise Giving Alliance, that can help you check out charities to make sure they’re legitimate. To learn more about fake charity scams check out our 5 simple ways to protect against charity phone scams.

Seniors are especially vulnerable to phone scams because scammers usually target them the most. One of the most common scams that aims to con seniors are free medical alert system offers. Much like the free giveaway scams, medical alert phone scams ask for personal information.

We’ve come across many robo dialers offering free medical alert systems like this one:

In addition to medical alert scams, pharmacy and prescription related scams are also quite frequent. Sometimes they can offer discounted prescriptions:

Others can be more threatening:

(775) 410-9730: Official sounding voice mail left on my phone. Stated was with DEA and I was identified as major illegal drug purchaser from identifying a online pharmacy purchase I made several years ago stated a warrant for my arrest is ready to be sent to the state I reside in unless I return the call. I attempted to return the call and listened to a low quality voice recording saying I have reached DEA and leave docket #. I believe this to be a scammer

It’s best to just hang up on these callers whether they’re offering free medical systems, discounted prescriptions, or making threats. If the DEA really had a warrant out on you they wouldn’t be calling you about it, but this is a very common type of scam aimed at making people panic and react quickly.

Similar to the IRS scam, calls threatening that you’ll be arrested can be really stressful. They are designed to make people panic. You or someone you know might have received phone calls from someone claiming to be the sheriff’s department, or DEA, or even the FBI. When you get calls like this don’t trust them.

(541) 980-1631: Scam call saying they were Deputy Sheriffs, and they had a warrant out for my arrest for failure to appear for jury duty. They had me verify I had funds to pay my fine in the form of a paypal myCash card. They scammed $500 out of me and wanted more.

(877) 730-5704: Caller tells u you have to call back this number or a you will be subpoenaed or arrested for suspected bank defrauding. If u google this number you'll see many posts from others who have been called by these scammers. Caller is evasive re: company name ( says its NCR but won't tell u what it stands for or what they do. It's creepy as they will call to say its your son or daughter they're looking for but u have to call back. They call back repeatedly & I thought this site would let me block them ; it doesn't

CallerSmart can automatically block scam callers, but we unfortunately can't block all scam numbers, there are just too many. You can also manually block numbers with our guide on how to block calls on your iPhone. Our crowd sourced information can also help you quickly identify scammers. Remember that law enforcement will never call to demand you to send them money.

The most common and publicized of phone scams is the IRS scam. Robo dialers call thousands of people daily trying to catch them in this scam. We’ve found numerous examples from all over the country in our phone book:

(202) 506-9864: Crazy voicemail- Reverse lookup showed YMAX Oration. Claimed to be IRS and demanding money. I don't owe anything. Claimed if I didn't call back he'd start legal proceedings. I filed complaint with FTC and other website mentioned by IRS.

(703) 272-4699: I think this is an IRS scam. They called to tell me I owed money but when I called the IRS main office back they told me there's no record of me owing anything.

These scammers can be incredibly convincing as they often know your name and the last 4 digits of your social security. However, the real IRS will never request immediate payment from you over the phone, we've also created five easy steps to help you identify IRS scam calls. If you think you’ve been contacted by an IRS scammer you should call the Treasury Inspector General for Tax Administration (TIGTA) at 1-800-366-4484.

These are the 8 most common scams that we’ve come across, but we are sure that there are more out there and new ones will continue to pop up. The best thing that you can do is stay educated, warn others out there about scam callers, and report them to the FTC.

If you have an iPhone you can download CallerSmart's reverse phone lookup app to search mysterious numbers that call you and help warn others about potential scams. If you don't have an iPhone, you can still warn others and look up unknown phone numbers on our website.