Advance-fee scams continue to be a major problem today and have spawned many other variations of scams that target individuals via phone, email, fax and snail mail. Dating all the way back to the 1700s, advance-fee scams are nothing new. Back then cons would target businesses and tell them that they were trying to free a wealthy nobleman stuck in prison in Spain. They would ask the business owner to help finance the release of the prisoner and in return they’d receive a large reward. In the 1990s and early 2000s, these advance-fee scams made a major resurgence and were referred to as 419 scams because they originated in Nigeria and violate the 419 section of the Nigerian criminal code. 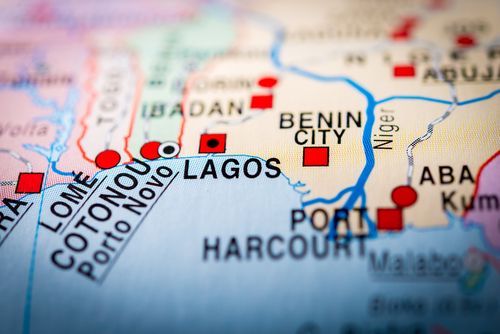 Today these scams can originate anywhere in the world. In Jamaica, there is now a highly profitable lottery phone scam that uses the same idea as the advance-fee scam: You have won a large amount of money and only need to pay a few fees to process the payment and receive your winnings. The fees will continue to pile up until the victim runs out of cash, or realizes they are being used.

Though scams can start anywhere, Nigeria still remains a center for internet and phone fraud. Millions are stolen every year by Nigerian romance scammers who impersonate people on dating sites and trick singles, who are looking for love, into wiring thousands of dollars to them.

Hallmarks of the Scam

The more traditional advance-fee scam is still an issue and just recently two men were arrested for stealing millions of dollars from their victim by using fraudulent crude oil contracts. Here at CallerSmart, we specialize in protecting individuals from phone scams, but it’s important to be aware of scams that target people via email, fax and letter, too.

Here are some of the tactics that advance-fee scammers will use:

Scammers will switch up the story behind why they are contacting you. The most common schemes used in advance-fee scams are over invoicing of government contracts, reduced sale price of crude oil, cash on delivery shipping of goods, real estate opportunities, will beneficiaries and currency conversion. The most recent major advance-fee fraud case in Nigeria used a crude oil scheme to trick the victim.

Are Advance-Fee Scams Still a Problem?

One of the main reasons these scams still have success today, and why in recent years phone scams have gotten to be such an issue, is because no one thinks it will happen to them and if it does they won’t fall for it. In reality, it could very possibly happen to you and you might fall for it. It’s something that happens to millions of Americans each year and collectively scams people out of billions of dollars.

Signs that you’re dealing with an advance-fee scammer include the following:

Scammers are able to access information about their potential victims via the internet, stolen caller and mailing lists, and trade journals. They don’t go after one person at a time, but send out a barrage of letters, faxes, emails and phone calls. The scammer will state that they have a business opportunity, from which the victim will profit from greatly. They will talk to the victim to learn more about them and try to befriend them, once they feel that they’ve earned the trust of the victim they will begin to request full contact information, bank account information, and blank company letterheads.

The blank company letterheads are used to fool more victims into falling for the scam by creating letters of recommendation. They are also used in the process of requesting U.S. tourist visas from the U.S. Embassy located in Nigeria.

In the process of pulling off the business transaction, problems will arise. Someone that the scammer had “helping them out” will demand money or be uncooperative, or the government will supposedly catch on to the plan and people will need to be paid off. These inconveniences will fall on the victim to pay. If the victim refuses to pay the scammer can turn violent and make threats against the victim and their family.

There is never a happy ending with scams, not even for the scammer, as countries are cracking down and combining forces to serve justice. The victim loses the most though. It is unlikely that they will ever recover their money, leaving them financially ruined and with the guilt and shame of falling for a scam. It is believed that the reported amount of money scammers steal is grossly inaccurate because many people do not file complaints.

What to Do if You've Been Targeted

If you, a friend, or a family member has received a letter, email, phone call, or fax from Nigeria do not respond to it. If a letter was received be sure to send it to your local FBI field office and the U.S. Postal Inspection Service. Any other form of contact should be reported via the FTC's Complaint Assistant, or the FBI's Internet Crime Complaint Center (IC3).