Internal Revenue Service phone scams rob people by using threatening phone calls. The IRS says $1.8 billion of tax fraud took place in 2019. This includes phone scams, fake tax returns, and identity theft. The Federal Trade Commission had more than 27,000 individual reports of tax-related identity theft fraud in 2019. The numbers are shocking. However, activity shows a decrease of 29 percent from 2018, due to additional fraud-prevention safeguards put into place at the IRS. The IRS says phone scams are still “a major threat to taxpayers.” Phone scams and phishing top the 2019 “Dirty Dozen” list.

Although fewer people report scams, the number of robocalls impersonating IRS agents has risen . Transaction Network Services (TNS) reports that 142 million "nuisance and high-risk calls" were made on April 17, 2017, the day taxes were due. In 2018, the number of calls went up by 13 percent. Scammers use robocalls to trick people into giving out information and using new ways to get their hands on your money. 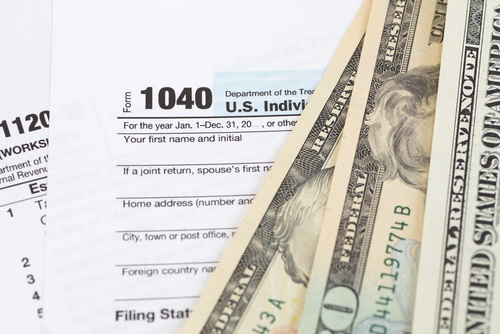 Why the IRS Scam Is So Convincing

Phone scammers call claiming to be IRS employees - convincing you they're legitimate through the use of fake caller ID, names and ID badge numbers. They often know key personal information to engage you, which may include the last four digits of your social security number.

These imposters then play off fear of unpaid taxes and associated repercussions. Which is particularly useful against those Americans contributing to the $80 billion collectively owed the IRS in back taxes, including fees and penalties associated with filing late or by underreporting income.

They may leave "urgent" callback requests and send follow up emails; or even call back pretending to be the police or department of motor vehicles, again with spoofed caller ID, to back their claim.

How You Can Spot an IRS Phone Scam

While con artists continue to think up new tactics to trick victims, there are sure-fire ways to spot a phony IRS call quickly. If a caller tries one of these five measures - contrary to how the real IRS operates - you'll know it's a scam:

What to Do If You Receive a Fake IRS Call

If you get a call from an alleged IRS employee utilizing any of the above measures to request payment; immediately hang up without sharing any personal information.

In the case of a phony call, report the incident promptly to the TIGTA and the Federal Trade Commission FTC Complaint Assistant. Then, protect others from falling victim by downloading CallerSmart's iPhone app for reverse phone look ups and leaving your feedback on the scammer's number. If you don't have an iPhone you can still look up the scammer's number and leave your feedback with our free phone tracer available on our website.