If you received a call from a charitable organization asking for donations to support a worthy cause - would you give what you could to help?

If you answered yes, your compassion and generosity are admirable. But unfortunately, those qualities are also what put you at risk for charity phone scams. 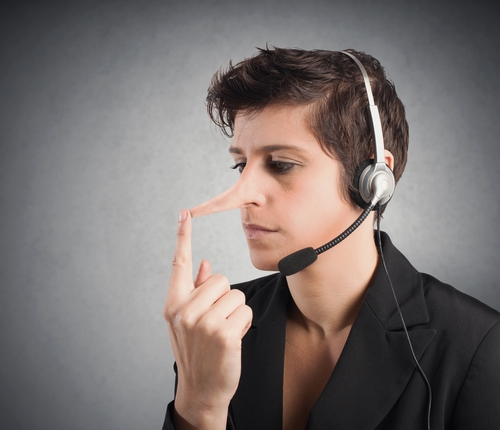 Charity scams continue to evolve, even in the time of financial hardship. The scams are difficult to track since they don’t target any specific charity. Thieves invent scams to cover natural disasters, disease, social programs, and much more. They will do and say anything to get money in their pockets. Nothing is sacred.

The 2020 Giving USA Foundation’s annual report on U.S. philanthropy reports that Americans contributed nearly $450 billion to charities in 2019. Sadly, the charities taking the donations weren’t all legitimate. It’s difficult to gauge the exact amount stolen by scammers since many scams remain unreported. However, there are clear examples of fraud which paints a disturbing picture.

In 2019, the Federal Trade Commission’s Sentinel Network reported 1,717,451 complaints of fraud with a total loss of $1.8 billion; 74% of the fraudulent activity took place over the phone. Charity fraud added up to a loss of $5.5 million. Surprisingly, that’s a decrease from 2018.

The examples of charity fraud are legion. In 2014, the Federal Trade Commission caught a group of telemarketers claiming to collect donations for cancer charities. Givers lost approximately $187 million to the phone scam.

Another example involves a group called Help the Vets, Inc. From 2014 to 2017, the group’s CEO, Neil G. Paulson Sr., perpetrated fraud when he collected $20 million for various veterans’ charities. Sadly, 95% of the money went to administrative fees, his salary, and a lavish lifestyle.

Charity phone scams operate by either creating a fake organization or posing as a legitimate charity. They employ telemarketing tactics to try to con you out of cash with donation requests.

The callers appear legitimate and sound convincing. They often use fake identities and spoofed caller IDs. Common ploys include fundraisers for police or fire departments, as well as natural disaster relief funds.

The Most Common Charity Scams

Most scammers, including those perpetrating charity scams, make initial contact using robocallers. Other popular forms of communication include text messages, email, and social media posts. Less popular methods include soliciting donations through the mail. Although the techniques stay the same, the types of charities change with the wind. Currently, the most common charity scams involve COVID-19, natural disasters, political campaigns, charities for illnesses or medical research, and funds for service workers like police and firefighters. Because scammers follow the news to invent new scams, be especially aware of requests that revolve around the latest charitable trend or disaster.

One way to stay on top of possible scams is to use available resources to check out potential scams. The FTC recently releasedt their Explore Data dashboard, a new system that allows consumers to track prevalent scams and identity theft in their area.

Charities aren’t the only targets for donation scams. The current state of politics makes it easy for scammers to collect on behalf of fraudulent programs and politicians. Scams also claim to work for major parties and candidates. Polarizing views and strong opinions evoke big emotions – emotions that may make the victim less likely to question the scam.

One common tactic is to use robocallers to play a recorded message from the candidate. The message says that the candidate’s opponent has raised a lot of money, and in order to win the next election, supporters must donate immediately. Once potential donors are connected with a real person, their credit card numbers are recorded, and their money's gone.

Five Steps to Protect Yourself From Charity Scam Callers

If a caller requests a donation for a good cause, ask for more details about the charitable organization they represent - such as full name, address, and how donated funds are allocated. Fake representatives may be unable to answer, get defensive, or even hang up.

You can also ask for additional information via written materials. A legitimate charity will be able to provide, instead of pressing for immediate action on the phone.

Look up the organization online to verify both its existence and credentials. Legitimate local charities should be registered with your state, while national organizations can be verified through the Better Business Bureau Wise (BBB) Giving Alliance.

If you've verified the legitimacy of the charitable organization, call them back directly to confirm they've authorized a phone campaign.

Never provide personal or financial information over the phone, particularly when asked for upfront payment via wire transfer, preloaded debit card, or similar.

If you feel pressured into donating through guilt tactics, requested minimum contributions or suggested donation amounts - hang up. A legitimate charity will appreciate what you are able and willing to give.

By far, the safest measure is to approach charitable organizations directly to make donations - and avoid unsolicited support altogether.

How to Tell If a Charity Is Fraudulent

Con artists tend to be pretty savvy. They’ve developed tricks to fool people while playing on emotions. The best way to tell if a charity is fraudulent is by asking the right questions and doing your research.

What to Do If You've Been Contacted by a Charity Scammer

If you suspect you've been contacted by a charity phone scammer - hang up immediately and report the incident to the FTC.

You can also report the phone number by downloading CallerSmart's free reverse phone book app for iPhone and leaving your feedback on a suspected charity scam number. If you don't have an iPhone you can still identify callers by phone number and report scam phone numbers on our website.

How to Donate to Charities in a Safe Way

Things to do before donating:

While doing your homework is a big part of donating safely, there are a few more things you can do to avoid a scam.

Things to do after donating:

Keep Your Heart Open and Be Smart

Donating to a worthy cause is a great way to give back, help others, and make a difference in your community. Sadly, scam artists often make it difficult to donate to worthy charities. By doing your research and avoiding unsolicited contact attempts via calls, email, text messages, and social media, you’ll be able to identify reputable charities.