FTC Report Confirms Fraud Starts With a Phone Call in the U.S. 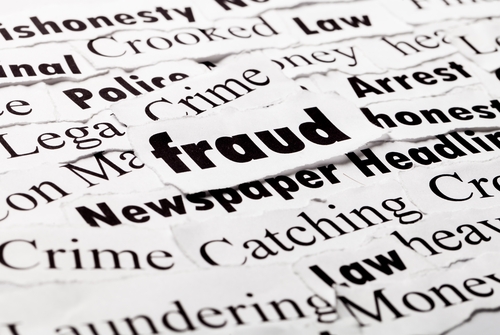 The complaints are broken down into several different categories. The most common scam was debt collection at 29%. This was followed by identity theft (16%), impostor scams (11%), telephone and mobile services (9%), and prizes, sweepstakes and lotteries (5%).

These categories make up some of the most common types of phone scams that we see reported in our community phone book.

Debt collection includes any overly aggressive phone debt collectors that do not send written notice and ignore do not contact requests. They often demand payment on old or paid-off debt, and if debt is owed they will inflate the amount that needs to be paid.

Complaints of identity theft reported to the CSN were mostly IRS scams, making up over 45% of the identity theft complaints. The IRS has been working tirelessly to combat phone scams, but to little avail. Phone scams have been on the top of the IRS's Dirty Dozen List for quite some time.

Impostor phone scams the third most reported type of fraud is a broad category including any type of scam in which a fraudster pretends to be a friend or family member, a computer technician, or a charity.

Telephone and mobile services consists of spam texts from mobile carriers, and the act of cramming and slamming. Cramming consists of adding unauthorized charges for toll-free numbers and other unwanted services to your monthly phone bill. Slamming is the act of changing your phone provider without your permission.

Rounding up the fifth most reported complaint is prizes, sweepstakes and lotteries. This includes all of the robocall, automated free vacation phone scams, as well as the Jamaican lottery phone scam.

How Are People Being Contacted?

It comes as no surprise after seeing the top five scams, that the majority of these fraud complaints started with a call. The CSN report found just that. Half of the complaints received stated the initial method of contact, and 75% of this group stated that initial contact was made via phone.

The amount of initial contact by phone has increased 25% since 2014 - and a whopping 110% since 2013. This shows the growing problem that phone scams are becoming, especially when you consider the fact that fraud complaints have dropped in all other forms of contact. E-mail as the initial form of contact dropped by 65% from 2014 to 2015.

Who Is Being Contacted?

Phone scams typically target retirees. They often have a nest egg, and are sometimes vulnerable due to loneliness or the early onsets of dementia. The CSN report confirms this, but also shows that all age groups are being affected by fraud and identity theft.

Regarding fraud, the CSN breaks down the most common types in each state, which you can find in the table below.

The majority of the complaints that identified a company or organization, identified U.S. based companies. In fact, U.S. companies and organizations made up 96% of the complaints. Countries that we typically associate with scam calls like Nigeria, Jamaica, and India each made up only 1% of complaints. Still though many of the calls that are associated with U.S. companies could be coming from outside of the country, but be using caller ID spoofing to hide their identity.

How Much Is Lost?

Among those who reported losing money the average amount of money lost in each fraud complaint was $400 per person. Wire transfer was the most common method of payment reported by the 19% of victims who stated this information.

Can Anything Be Done?

Whenever you get an unknown or unsolicited call be suspicious. If you feel that you've been targeted by a phone scam report it. Of those who reported identity theft to law enforcement, 89% stated that the authorities took a report. Although immediate results won't come, the long term effects of reporting fraud will help protect others and eventually bring some of the perpetrators to justice.

Let any unknown calls go to voicemail and then check run a reverse phone number lookup on the number that called you. Number searches like these can be done in CallerSmart's online phone book or phone tracing app. Even if you get a call that says it's coming from a known company or organization don't trust the call if it's unsolicited, and don't give any personal information.

You should report phone scams to the Federal Trade Commission, your state's Attorney General and/or to other appropriate organizations. You can also report any phone number that calls you by downloading CallerSmart's caller ID app for iPhone and adding your feedback to our community phone book. If you don't have an iPhone app you can still trace phone numbers and leave your feedback on our website.