Living paycheck to paycheck is a reality for many people. Being able to get ahead is nearly impossible for some due to the low wages and high debt they are dealing with. Most people would give just about anything for a chance at winning the lottery and the chance to take care of all of their financial obligations with one payment. 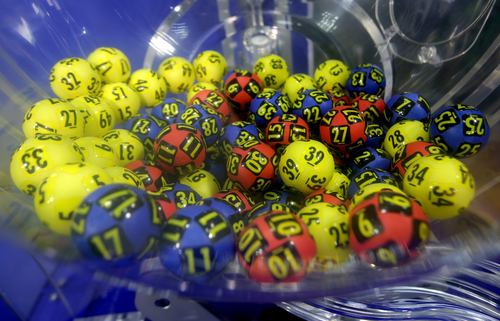 Unfortunately, the desire for fast cash can get you scammed out of thousands of dollars. There are many different variations of lottery phone scams out there that use excitement of finding out you just won a huge amount of money as a way to rip unsuspecting people off.

Below is one of the most common ways scammers will use the lottery to take a person's hard earned money.

Receiving a call out of the blue claiming that you are the winner of a lottery would be a dream come true for anyone. If you receive this call, be sure to listen to all of the details before getting too excited. If you don't remember entering a lottery, then the caller will claim that someone else must have entered you. Usually, the lottery prize will be for nearly a million dollars due to the excitement that these large dollar amounts can garner.

Once the excitement of being a lottery winner has subsided, the caller will inform you that there are a few things that have to be done to claim the money. The main thing that you will be told is that you have to pay taxes on your prize in order to claim it. Usually, the caller will tell you that there is a 5% tax on your winnings. In some cases, the prize will be a car and not money but the fees that have to be paid will be the same.

Beating the Scammers at Their Own Game

Beating the scammers at their own game should be one of your top concerns when getting a call like this. A surefire way to keep the scammers from getting to you is by hanging up on them as soon as you hear them make the claim that you have won the lottery.

Many phone scammers will make threats against you if you do not comply with their demands, for this reason it's best to just hang up immediately and not engage with them in conversation.

Most of the lottery winner phone calls come from outside of the United States. If you receive a call from an 876 number do not answer it, this is an area code of Jamaica. There have been so many incidences of calls from Jamaica being scams that target elderly in the United States and Canada that a task force has been created to fight it and catch the scammers on the island.

In some cases, the scammers will send you a text claiming that you have won a prize. Be sure to use research any unknown number that calls or texts you. If the number is from another country or has a lot of complaints against it, then your only concern should be how to report the scammers.

In order to report lottery scammers, you should file a complaint with the Federal Trade Commission. You can also report and help warn others about lottery phone scams by leaving your feedback on scamming numbers in CallerSmart's phone number lookup app for iPhone.

If you don't have an iPhone or iPad, you can still run a reverse phone lookup and leave your feedback on suspicious numbers on our website.