The result of a classic taboo love story, Leonardo da Vinci was born to a peasant mom and powerful lawyer dad (out of wedlock, cue up the shotgun wedding!). Unlike Joan of Arc (who was not born in, near or around the city of Arc!), Leonardo was actually born in the lovely Italian town of Vinci in 1452. Finally a surname makes sense!

Leonardo began his trek to fame by first playing the lyre (the instrumental love child of a harp and guitar). Go ahead and add musician to the long list of things that Leonardo was better at than you. A true polymath, a phrase had to be created to describe his broad but remarkable skills. "Renaissance Man" was settled upon because Leonardo could be classified as a painter, architect, sculptor, musician, mathematician, engineer, inventor, mapmaker, botanist, anatomist, geologist and writer. His LinkedIn profile would need multiple pages because he had more titles than a Red Box!

So how good was Leonardo da Vinci at life? Dude was hacking life before that phrase was even popularized a few years ago. Leonardo found out that if he slept in smaller hourly cycles he could theoretically "live longer" than if he prescribed to "normal" sleep. Da Vinci sleep has been quite popular with a long list of productive and fruitful humans - Thomas Jefferson and Thomas Edison to name a few.

Leonardo also found a way around the burden of being left handed in a right handed world. Instead of writing left to right and smudging everything with his palm, this southpaw began writing backwards so the letters and words would not smear. To "decode" the writing, Leonardo merely held the writing up to a mirror. Life hacked!

Ever wonder who dreamed up parachutes, flying machines, and diving suits? Da Vinci. Machine guns & armored tanks? Da Vinci again. The spread of germs through human contact - before scientists even knew what germs were? Da Vinci! Leonardo's notebook covered so many revolutionary ideas that Bill Gates bought it in 2005 for $30 million dollars.

Ladies, I have the perfect man for you. No collagen injections, butt implants or spray tans, the Vitruvian Man as sketched by da Vinci was created using proportions and the golden ratio to be physically perfect. Only one setback, he is 500 years old and drawn on a piece of paper. This iconic drawing illustrated da Vinci's dedication to anatomy and long hours studying corpses.

Leonardo is most known for his paintings The Last Supper and Mona Lisa. To say these paintings are popular would be an understatement. The Last Supper is the most reproduced painting in the world depicting Jesus and his Disciples breaking bread one last time. The Mona Lisa is popular for another reason - that half smile. What does it mean? The most popular theories are that she is pregnant or that Leonardo placed his visage within her body for a practical joke.

Leonardo died in 1519 after completing a mechanical lion that could walk for Pope Leo X. Sixty paupers followed his casket and accepted payments afterwards in accordance to his will. This act of charity showed that he not only gave in life, but also in death. Arguably one of the most gifted humans, Leonardo will continue to influence the human race for the better as time marches on. 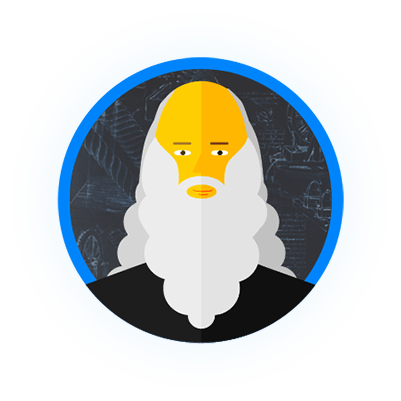