Growing up, kids of all ages pretend to be all kinds of people or occupations. Guess what ridiculously rich people do...the opposite.  They pretend to be poor!  At least that is what Marie Antoinette did. She was bored of her palace so she pretended to be a poor milkmaid struggling to make ends meet. I smell a Disney hit, The Princess and the Pail.

Born in 1755 to European royalty, Marie Antoinette spent her childhood quite differently than the average kid.  Her parents were busy attempting to marry her off to secure political alliances. At the age of 12 her marriage was negotiated and by 14 she married the future King of France, Louis (pronounced Lou-ee) XVI (the 16th, should have paid attention during Roman numerals!). A painting of Marie was sent to Louis and knowing any good love story, it was more than likely love at first sight. Nicolas Sparks couldn't write this!

Beatlemania and Bieber Fever were nothing compared to all the hype Marie created with her first public appearance in France. 30,000 French citizens showed up to get a look at her and then bum rushed the square. Thirty villagers lost their lives to Mariemadness when they were trampled to death.

If you ever need some reason to hate royalty, just Google "Palace at Versailles" then start stewing.  Marie believed she had quite the "green thumb" and had the servants redesign the entire garden. She even had a small, pretend farm built so she could get away from all the extravagance of the palace. "Milking cows is hard!" in a Kardashian accent was probably heard no less than two minutes into it.

Marie had worse nicknames than Sean Combs. Known to most French citizens as Madame Deficit, Marie purchased 300 gowns a year, gambled compulsively ($6 million in today's terms) and bought shoes uncontrollably. Oh yeah, she also lived in the biggest house in the world (still to this day) and had a FAKE FARM!!  As Parisians were starving without food due to heavy taxation Marie never uttered the phrase "Let them eat cake!" That phrase was concocted well before she took power in France.  However, she did say "After I pretend milk this cow on my fake farm imma go buy a dress and eat lots of bread. #winning #yolo #blessed"

If you have a thing for Marge Simpson, then you more than likely would have been really into Marie Antoinette.  Her most trusted confidant was actually her hair stylist (talk about some hairapy).  Sometimes her hair could reach 4 feet high and it even depicted famous naval battles!  Naval battles!  Not a misprint, naval battles!

Marie Antoinette came to symbolize all that was wrong with the out-of-touch monarchy leading to the French Revolution. Predicting the way Marie Antoinette would be viewed historically, Thomas Jefferson said: "I have ever believed that if there had been no queen, there would have been no Revolution." Without her fake farm, extravagant spending habits, tall hair and numerous dresses, the French Revolution may have never fomented.  So let's all give a huge "thank you" to this narcissist monarch who helped enact change by losing her head.

Upon her capture, Marie had her head shaved in order for the executioner's blade to cut more cleanly.  She was put in an open cart and paraded around Paris before her body, fake farm and head were forever separated. 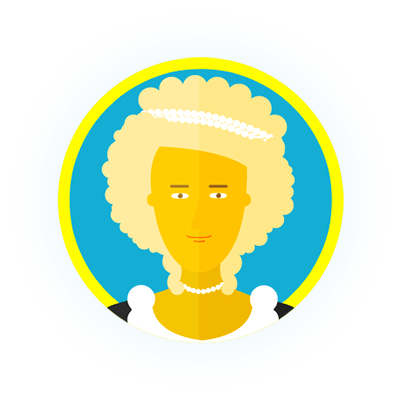