Harriet Tubman was the chariot that would carry you home (north to freedom).  Known as the Moses of her people thanks to her role in the Underground Railroad and a freedom fighter ‘til the end, Harriet Tubman helped over 300 family, friends and strangers escape the bonds of slavery around the Maryland area.

Born Araminta Ross, she eventually took the name Harriet after her mother.  Nicknamed “Minty”, this fresh lady shook the childish nickname when she stood up for a fellow slave and was hit in the head with a weight that caused serious damage to her brain.

This strike to her head caused Tubman to have lucid dreams of Biblical proportions for the rest of her life.  While asleep, she saw herself as a successful Joan of Arc to her people.  After one of these dreams in 1849, she escaped slavery herself and ran away to Philadelphia.

Once free in Philadelphia, Tubman made 19 dangerous trips back into the South in order to rescue her family and friends.  Oddly, on one return trip for her family, she found out that her husband had remarried - so she left him.

As a part of the Underground Railroad, she was a famous “conductor” of slaves who proudly never lost a “passenger.”  If one of her passengers became scared and wanted to turn back, she'd pull a gun and state “You die or become free!” Tubman became such a thorn in the side of slave owners that a bounty of roughly $40,000 (worth over $1,000,000 today) was placed on her head.

Just 2 years before the Civil War, she also helped John Brown plan his infamous (and unsuccessful) raid against the Harper’s Ferry Arsenal in Virginia.  Brown attempted to overthrow the institution of slavery with the help of local slaves by arming them with weapons from the federal arsenal.

Once the Civil War began, Tubman served as a cook, nurse and scout for the Union army.  She even became the first woman to lead a group of armed soldiers in an assault down in South Carolina.

Tubman befriended abolitionists William Lloyd Garrison, Frederick Douglass, John Brown and suffragette Susan B. Anthony.  After the war, she shifted her efforts to help women gain the right to vote.  She died in 1913 at the age of 93, just years before the first women voted. 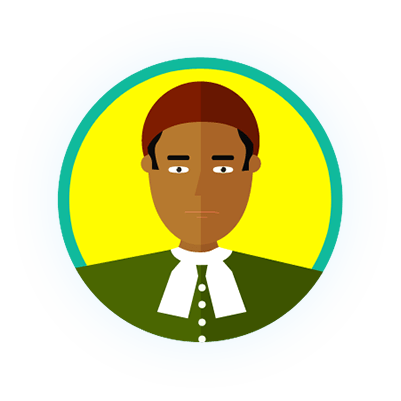