You know that really smart friend you have who keeps taking classes just to stay in college?  The one that just talks about things that are so ethereal and fantastic, but don't exist in the practical world the rest of us live in.  The friend with 3 degrees totaling $280,000 in student loans and no job.  Now that everyone knows who I'm talking about, that friend is more than likely obsessed with Friedrich Nietzsche.

Nietzsche was one of the most influential thinkers of the past 200 years and was born in Germany in 1844. He exhibited particular strengths in language, music and facial hair growth at a young age.  He could read in five different languages and loved studying the classics and religion and he became the youngest professor of philology to date.

He soon began to distance himself and live in seclusion the more deeply he sank in his work.  During this time he synthesized his most influential thoughts: the rise of materialism, the death of God, the pursuit of self-perfection and probably his most famous - the Übermensch.  Man, this "Frowny Friedrich" could bum out just about everyone...he was a real Debbie Downer!

He even dabbled in probably the most depressing school of thought - Nihilism.  Literally translates to nothing.  So wait, people pay money or even spend large amounts of time to study nothing?!  That's about as useful as BOGO coupons at Taco Bell when you have indigestion!

His ideas of transcending beyond obstacles fell a bit flat on himself.  He could never fall in love because he had quite possibly the worst mustache ever conceived.  Seriously, today a hipster would tell him to trim his beard along with the producers of brylcreem!  His thoughts on women are uncertain because he could never quite secure a meaningful relationship with one.  Maybe it is because women do not want a relationship with a walrus?!? It is known that he visited brothels and enjoyed spending "time" with prostitutes.  It is even believed he contracted syphilis, but this has not been concretely substantiated.

The best question about Nietzsche is where was his publicist?  In addition to having the most unsightly mustaches on record (seriously, Google it!), many now associate him with Nazism because Hitler used his beliefs for justification purposes.  This has often erroneously been attributed that Nietzsche had ties to the Nazis.  Nietzsche often spoke about the Übermensch and how humans would continue to evolve the more they overcame.

The two most lasting ideas put forth by Friedrich were his famous quote of "That which does not kill us, makes us stronger" and the Hollywood obsession with the Übermensch.  The quote reminds humans of their ability to overcome obstacles to become better which is paramount in development. Nietzsche's Übermensch was used as the basis for one of the most iconic action heroes of all time, Superman.

While Nietzsche ironically came up with idea of the Übermensch, he was not very Übermensch'y himself. He lived most of his life as sickly and suffered from headaches.  He died in 1900 at the age of 55 with what is most likely brain cancer.  Like most artists, his works were not appreciated until long after his death. Today, he is seen as an influence on most critical thinkers in the philosophical field. 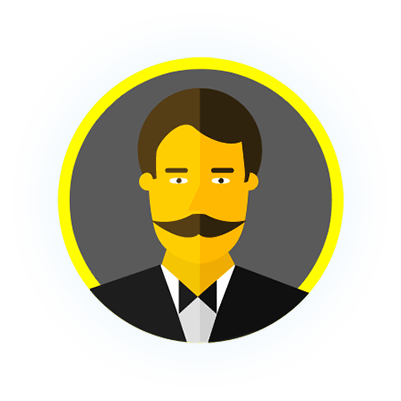