Alexander Graham Bell's first invention at the age of 12 removed the husk from corn.  17 years later at the ripe ole age of 29, he outdid himself and invented the telephone.

Bell's mom was deaf, proving the time-tested "Necessity is the mother of all invention" doubly-true.  Wanting to help mom and wife, who also happened to be deaf, communicate became his necessity.  It was out of this need that he attempted to transmit harmonic voices across telegraph lines - and by chance created the telephone.  Oops!

The first words uttered were not even epic, romantic, humorous or clever - simply “Mr. Watson, come here.  I want to see you.”  Sure he had no idea of the future ramifications of the “No, you hang up first!” “No, I love you more!” conundrum annoying couples pose, but he did help shrink the world for all people.

AGB, or “Aleck” if you were tight with him, later joined forces with Thomas Edison to create a tag team of invention domination when a microphone was added to the telephone to cut down on yelling into the phone (clearly they never talked to Comcast customer service).  Edison and Bell disagreed about the proper telephone greeting, however.  Edison proposed "hello" while Bell wanted folks to say "ahoy!" when they answered.

Once the phone started to become popular, Bell saw it as a nuisance & distraction that fouled up proper thinking - and he eventually banned it from his study.  If only he could see the distracting a phone can do now.

Later in life he traveled the world and helped found National Geographic magazine so the less fortunate could see the world’s grandeur.  Upon his death in 1922, all worldwide telephone traffic was silenced for one minute to show respect for this influential inventor. 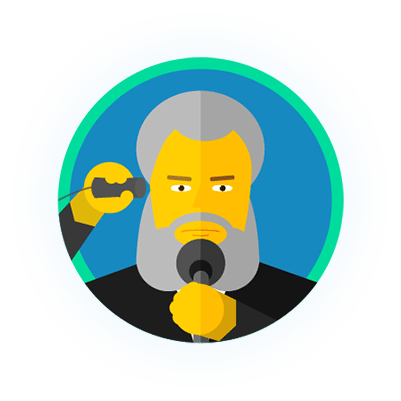