Genghis Khan, the offspring of brutality and conquest, was basically the Chuck Norris of the 13th century. There used to be a river named after Genghis Khan, but it had to be changed because no one crosses Genghis!

If you're of Asian descent, chances are he killed your potential ancestors and then repopulated that same area with, that's right...your actual ancestors! Khan created the largest land empire in the history of the world. So big in fact that 1 in 7 Asians are his descendents and almost 1% of the entire world's population carries on his DNA from his conquests nearly 800 years ago.

This empire of his stretched 12 million miles square miles (that's like 48 states of Texas - don't mess with it!) from North China in the Pacific to eastern Europe. Why did he build this? Because he could, stating “the greatest happiness is to scatter your enemy, to drive him before you, to see his cities reduced to ashes, to see those who love him shrouded in tears, and to gather into your bosom his wives and daughters.”

In addition to empire building, Genghis loved business and the fortunes it brought. He created the Silk Roads so that Asian goods could reach European and African markets (think interstates with guard towers and no mattresses blocking lanes). The precious silk monopoly had to be protected and if anyone was caught smuggling the silk worms out of the area, execution was in order.

Remember that smelly kid from elementary school? He smelled, but not as badly as Genghis Khan did. It is rumored Genghis only took a few baths in his lifetime and preferred to keep the blood of his enemies on him to psyche out his opponents. Talk about some serious mind (and nose) games!

With only 1 official “wife”, he accrued a massive concubine of women to satisfy his sexual needs. After all, what better way is there to keep your family in power than to expand your family wherever you went?!

Mostly known for conquest and expansion, Genghis had a (slightly) softer side that is often times forgotten. He usually offered his opponents a peaceful resolution as long as they submitted to his rule (or he would kill them). He also created a postal system in Asia to help communication spread and openly tolerated the practice of many different religions.

Like most men, Khan hated having his picture taken. He refused to be painted, drawn, engraved or sculpted. Not until after his death did pictures of him begin to circulate. So what did he look like? Great question - your worst nightmare!

Although his name is known the world over, his burial site is unknown to keep with traditional Mongol tribe practices. He died in 1227, but to crush Mongolian nationalism, the Soviet Union erased Genghis from textbooks from the late 1940s until the collapse of the empire in 1989. Not even communism could contain the legend that is Genghis Khan. 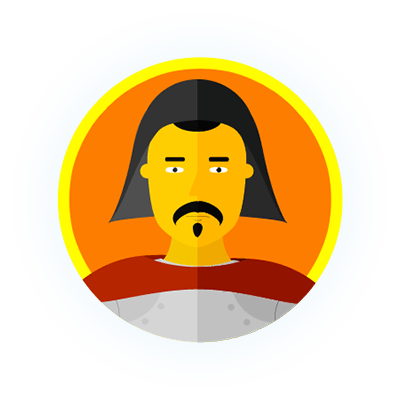