Arguably the most famous non-American in America pre-Beatles, Ben Franklin got notoriety and ink...literally. Franklin worked quickly from his humble origins as one of thirteen children to become one of the wealthiest men in America at the time of his death.  His story of rags to riches was so great it makes Oprah seem like a silver-spooner.

By today’s standards, he would have been seen as a gangster.  A printer by trade, Franklin made money for multiple states (hence why he was "all about the Benjamins") and he created the first rallying cry of “Join, or Die!” to oppose the British (Blues vs. ‘Red’coats...c’mon).

As one of our Founding Fathers, he also created bifocals, fire departments, musical instruments, post offices and laid the groundwork for electrical understanding.  He held more titles than Ryan Seacrest, but his favorite was rumored to be U.S. Diplomat to France while America fought the British for independence.

While in France, Franklin wore a coonskin hat as a piece of fashion flare and to convince the French court that he was "rustic" because the aristocracy believed anyone from the colonies must be a frontiersman. Though Franklin lived in Philadelphia, he played along and wore the hat.  It helped, as the French decided to aid the colonies - plus Franklin (even though he was pushing 70) reported that the hat was a hit with the French ladies.  Bonus!

Often mistaken as a president, he did have a key hand in politics when the U.S. Constitution was crafted. He served as the voice of compromise and reason despite previously standing in a thunderstorm with a kite, a key and a soiled pair of knickers to prove electrical principles.

The phrase we've all seen in our favorite corner bar, “Beer is proof that God wants man to be happy”, is often incorrectly attributed to Franklin.  He never actually said this.  So even if you've had a beer or two the next time you come across this misquote, now you'll know better.  In fact, you might even want to offer up a pair of bifocals to the person claiming Franklin said that so they can read up - as bifocals are one thing that Franklin actually did invent.

If Franklin got his way, patriotism and Thanksgiving might've gone hand-in-hand...literally.  He openly despised the bald eagle, stating it was “a bird of bad moral character” and that he believed the turkey was “much more respectable.”

The Leonardo da Vinci of the western hemisphere, Franklin constantly sought self-improvement and followed many endeavors over the course of his 84 years.  An estimated 20,000 people attended his funeral. 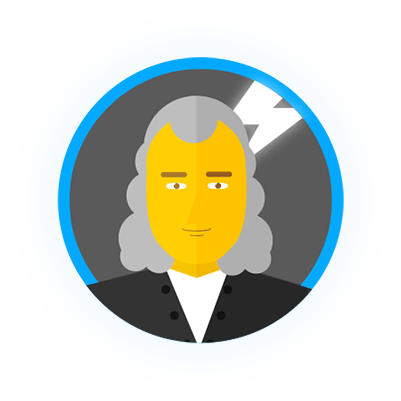