It's happened to all of us, you get a call from an unknown number maybe you answer, or maybe you let it go to voicemail. If it's not a mysterious caller, it could be an unwanted or harassing texter. Whether it's robocallers trying to scam you, a stalking ex, or overly aggresive debt collectors, at one point or another you will most likely want to block these annoying callers and texters. Blocking calls or blocking texts on your iPhone is a lot simpler and quicker than changing your number.

Blocking a number will save you from a lot of aggravation. Your phone will no longer ring or alert you when a blocked number calls or texts, and in case you're worried about it, the person you've blocked will probably never realize that they have been. We recently tried it out and when we called with a block number the phone rang and went to voicemail as if the person's battery was dead or they might be on another call. With text messages the blocked number can send the text message, but the one who blocked the number will never receive that message.

If for curiosities sake you feel like checking to see if you've received any calls from a number that you've blocked you can do it in a few easy steps.

Tap on the Settings icon. 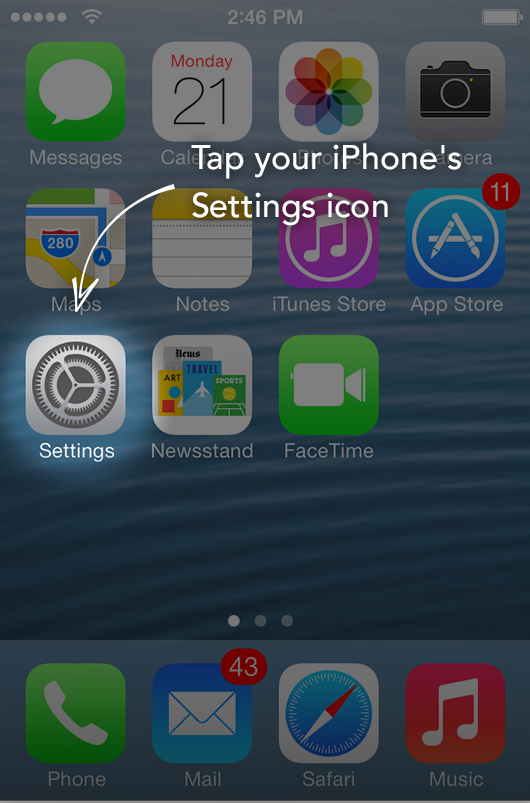 Scroll down and tap the green Phone icon. 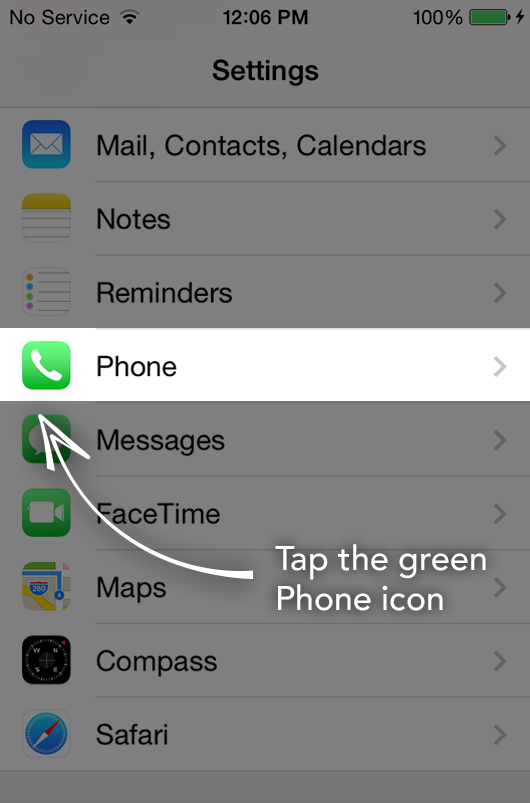 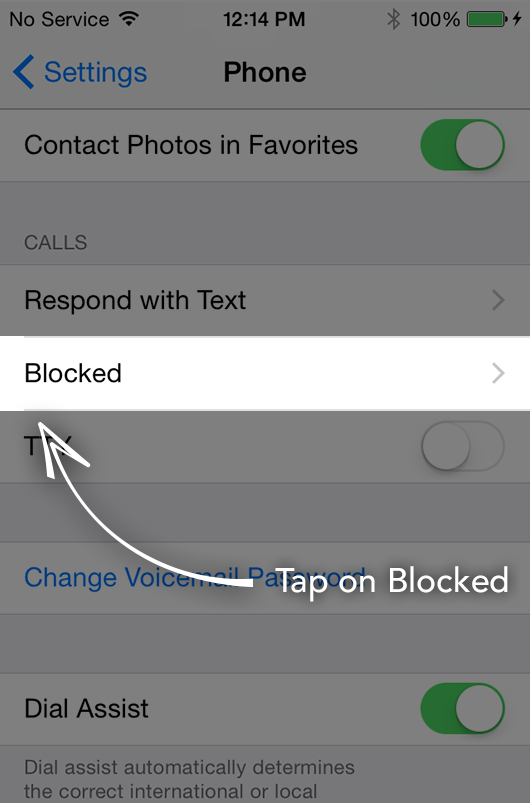 From the Blocked screen you can check if any blocked numbers called you and add and remove contacts from your blocked calling list. To delete numbers tap Edit and to add new contacts tap Add New..., which will bring you to your contacts list. 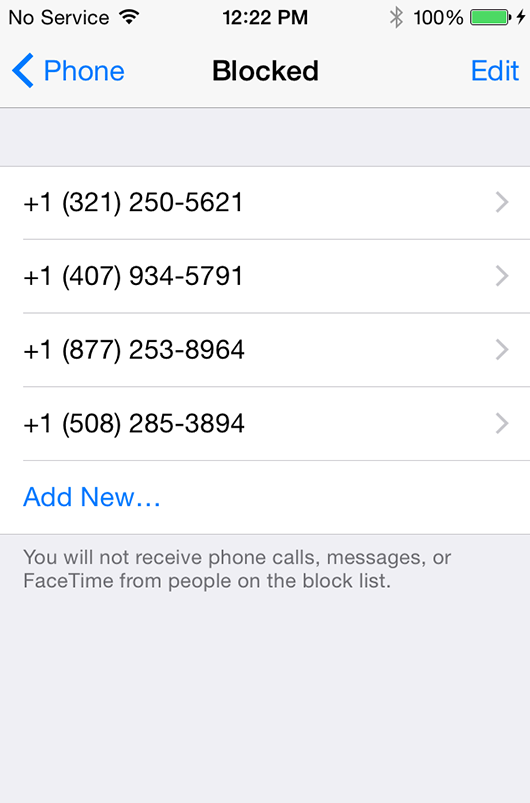 Sometimes it can pay off to keep tabs on those annoying and harassing callers. Back in December of 2014 a Tampa, FL couple was awarded $1 MILLION in a lawsuit against Bank of America for harassing calls. The couple claimed that Bank of America's debt collector agencies called them over 700 times after they fell behind on mortgage payments. Using the block calls feature on your iPhone can prevent this unwanted harassment, but you can still keep tabs on who keeps calling you if you decide you want to file a formal complaint. You can find out more about filing complaints in our guide to reporting phone scams.

If you're being targeted by annoying and harassing messages don't forget to warn others about possible scams or obnoxious exes. With CallerSmart's white pages reverse lookup app you can help spread the word to others by updating the phone book and leaving your feedback on numbers that are spamming you. Doing this increases your Caller I.Q. score unlocking new badges!