The telecommunications industry is robust and the forms that we now possess to communicate with one another globally have come a long way from their humble beginnings. From the revolution that began with the creation of the electric telegraph in the early 1800s to the invention of the first commercial, electric telephone in 1878, to the launch of VoIP and mobile phones over 100 years later, our technology has made it easier than ever to communicate with others. 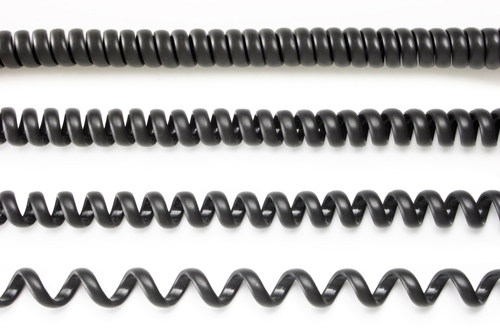 Plain Old Telephone Service, or POTS, is one of the longest standing forms of telephone service in the history of communications.

What Are the Characteristics of POTS?

POTS employs the usage of full duplex communication. This means that two devices that are connected are able to communicate with each other in both directions simultaneously. The use of a full duplex telephone allows both parties on a phone to be able to not only speak but be heard. The transaction is made possible due to the channels that are made for communication.

With POTS you are able to have both local and long distance service, along with extensions such as caller ID. POTS could also be used when a computer required dial-up connection to the internet.

What Is the Difference Between T1 and POTS?

In short, T1 is considered a transmission line that provides very high speeds. It is also known as the digital carrier for POTS. One important thing to note about the digital carrier is that you cannot plug a T1 line into a regular telephone set. You would instead have to plug the T1 line interface card into a PBX System.

Introduced in 1957 by AT&T as a high-speed capable network, the main mission of T1 was to change the voice provided on the phone call into a digital signal, therefore, creating a telephone system that was fully analog. It is considered very budget friendly for offices as it brings the features of both inter- and intra-office linking. This means that voice data is easily manipulated into the signal needed for high data transportation.

T1 lines and PBX Systems (Private Branch Exchange) are considered to be an upgrade for the POTS phone line as function performance is enhanced in the system. PBX phone lines can't host many more calls than the standard POTS line.

Using a T1 interface card allows you to have the ability of up to 24 POTS lines. Another advantage of having a T1 PBX system is the cost. Your phone bill will thank you because instead of buying individual phone lines, the T1 system allows you to bundle the services.

The last major difference between T1 and POTS is the usage of the digital service. Having the service allows you to digitize both your internet and phone data. You are able to have extensions that come in the form of broadcast audio and surveillance video for the T1 system.

POTS was considered old because of the low bandwidth and non-mobile capabilities; however, it was liked because of its reliability. In today's market, the majority of the phone carriers have upgraded their services allowing for new types of phone services to be used.

Service providers do still provide traditional landline services in the form of copper lines, intranet, and DSL (digital subscriber line). Today, landline phone services are typically offered through other channels, such as cable companies offering phone service options bundled with internet and TV cable services. Lastly, there are digital phone services that are more cost efficient for consumers like VoIP (Voice over Internet Protocol) which is specifically provided by a VoIP service providers and T1 PBX systems, which are mainly utilized by businesses.