Over the past decade and a half the use VoIP, or Voice over Internet Protocol, phone lines have grown tremendously. Thanks to its abundance of features and low cost, businesses and households throughout the United States have adopted this new service in lieu of traditional phone line services, such as POTS. 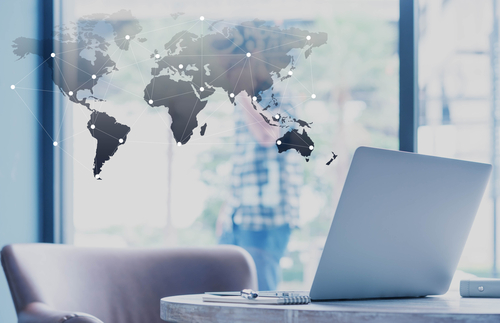 VoIP (Voice over Internet Protocol) is a software that utilizes broadband to make phone calls instead of using a traditional phone line.  This means that instead of a call being placed through the traditional phone channel, the internet is employed to help make the phone call. The software transforms your voice into a digital signal, which then makes its way through the internet allowing the call to take place. The phone signal then adapts to the destination signal similar to when a call is being placed to a regular phone set.

What Is Required to Make VoIP Call?

To make a successful call using VoIP software, you must have the following items:

The internet can be accessed through a modem, DSL (Digital Subscriber Line), or LAN (Local Area Network).

This means you must have a computer, adaptor, or phone when utilizing the software as well.

What Are the Advantages and Disadvantages of VoIP Software?

Some of the advantages of VoIP services include:

The Configuration of the Phone

Most VoIP phone systems are considered very easy to assemble and require little, to no technical knowledge.

When using a VoIP system for your business, you will easily be able to do things such as move your employees to different phones while keeping the same number. This is not easy to do with a standard phone line system.

VoIP is considered to be cheaper than the standard phone line system since it utilizes internet technology.

There are a plethora of features that you can add to your VoIP software such as call routing, door entry, transcribing of the voicemail, hold features, call reports, call screening, call conferencing, and the "do not disturb" feature.

Some of the disadvantages of VoIP include:

Because your phone line is now utilizing an internet signal, if your signal is weak or goes out often, your phone line will experience the same outcome. This also comes into play when there is a power outage. You will not have access to your phone during an emergency situation if the power is out.

At times, there may be brief moments of silence due to the data being unscrambled.

Because the phone line is in many cases connected to your computer, the software is now susceptible to potential viruses, worms, and hacking.

How Are Emergency 911 Calls Placed on VoIP?

Back in 2005, the FCC imposed new laws that regulate how 911 calls are made. The standard 911 call on an analog phone is experienced differently on a VoIP phone. This means that there is potential to ring the wrong line such as an administrative line, and not the actual 911 operator. This also means that even if the phone correctly connects to the emergency services operator, your information, such as phone number and location, may not be correctly or automatically transmitted to the operator.

What Is Caller ID Spoofing and How Is It Possible Through VoIP?

Caller ID spoofing is the process of changing your caller ID information that displays when making a call. The receiver of this call will see the information that you have set to display when the call is received on their device. VoIP is one of the easiest and most popular ways of spoofing caller ID, this is due to the fact that many providers of VoIP allow their customers to set what information they would like to display for outgoing calls and no additional software is needed.