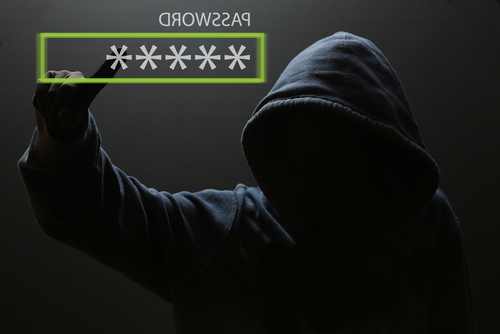 We are spending more and more time online, thanks in part to easily accessible WiFi and smartphones. In fact, 73% of Americans say they go online daily - 21% say they are "constantly online," another 42% go online several times a day, and 10% go online at least once per day. This increase in online activity has made people vulnerable to cyberstalking and cyber harassment. Stalking and harassment are nothing new, but now perpetrators can do so anonymously online.

Cyberstalking is the use of social media, email, text messages, phone calls, and other forms of electronic communication to repeatedly harass, threaten, pursue, or steal and expose a victim's information against their will. People who cyberstalk are motivated by feelings of anger, hatred, revenge, jealousy, obsession, and often suffer from mental illness. Though they may be strangers, cyberstalkers are more commonly known to the victim and could be a former spouse, an ex, or someone who has a grudge (like a former employee). They could also be fans – popular bloggers and social media celebrities often receive attention from cyberstalkers.

How Is Cyberstalking Different From Cyberbullying and Cyber Harassment?

Cyber harassment becomes cyberstalking once there is a direct or implied physical threat of violence towards the victim. Internet gurus often refer to cyber harassers as "Internet Trolls." Trolls stalk people anywhere online, from gaming sites to social media. They intend to incite anger, hate, and arguments. Cyber harassment can be a one-off inflammatory comment on a social media post or a prolonged assault against a person, where the cyber harasser follows or impersonates someone in various forums.

Social media stalking differs from cyberstalking in that the stalkers stick to social media accounts like Snapchat, WhatsApp, Facebook, Instagram, YouTube, and Twitter. Social media users, particularly teens, often share information that can put themselves in danger at the hands of a stalker. Apps like FourSquare let people check in and review specific locations. While it seems fun to do, it shows people where you are at that time. A social media stalker could go to that location to find his victim or stake it out for future visits.

Most social media users post information, photos, and where they work online. We’ve all heard stories about people getting fired for activity posted on their social media accounts. Stalkers take it a step further and use that information to torment or stalk victims. Even seemingly harmless photos give clues about where a person lives, works, or spends time with friends. Compromising photos and other information gives stalkers ammunition for blackmail.

Cyberstalkers behave the way they do for many reasons. Reasons include jealousy, obsession, revenge, boredom, possessiveness, and more. Sometimes a person cyberstalks because he or she can get away with it. In extreme cases, the cyberstalker exhibits delusional or unstable behavior. The stalker sees bullying or terrorism as a way to prove a point. Perhaps it is a way to lure a victim into a face-to-face meeting. The intent of cyberstalking is to intimidate, cause fear, create feelings of inferiority, or seek revenge for some real or imagined wrong. Unfortunately, the victim may never know the intent or stability of the stalker, which makes the situation even more dangerous.

Cyberstalking can take many different forms, including:

Doxxing or “dropping documents” is when someone anonymously publishes personal information about another person maliciously. Information can include the victim's full name, address, personal contact information, and other sensitive information. Doxxing is controversial since it is harassment and often a form of vigilante internet justice.

A cyberstalker may impersonate a victim on social media by hacking into various accounts or by creating new accounts. The stalker will then send messages and post harassing content. Frequently, the stalker sends sexual messages and content.

The cyberstalker will threaten physical violence and, in some cases, death, online or via text and phone calls. These threats can also spread to include harm against relatives and friends of the victim. If you suspect there is imminent danger, report the crime to law enforcement. Use evidence to obtain protective measures like a restraining order.

The cyberstalker can steal the victim's identity and put the target into a state of financial ruin. With the Jamaican lottery phone scam and many other types of phone scams, con artists harass victims harassed by phone calls and text messages; the scammer threatens friends and family with harm until the victim has given over all of their life savings.

Psychologically, cyberstalkers may provoke others online to mount an attack against a particular victim. The anonymity of online forums and the ability to spoof phone numbers allow people to act in an unethical way because they don't fear any consequences, and it leads to the creation of a mob mentality in many cases.

Cyberstalking takes many forms. Some do it because they feel they have a personal vendetta against the victim. Others target people with the aim of financial fraud, identity theft or to plant viruses, spyware, and malware on their victims’ computers. Cyberstalkers have a myriad of ways to threaten, annoy, and blackmail their targets by electronic means. As the world becomes increasingly technology-driven, the methods continue to expand. Here are some examples of cyberstalking:

How to Prevent Cyberstalking

People can take steps to protect themselves against cyberstalking:

Be careful regarding sharing of personal information online.

Take a look at your privacy settings on social media and be sure to only share personal information with trusted individuals. Avoid putting up personal contact information like your phone and email on social media sites such as Facebook, Instagram, and LinkedIn. Usernames should also not be overly identifying, and when signing up for a website, do not feel like you need to give more information than is required. Most sites will only require that you provide an email and username and password to sign up. Website providers use email addresses to contact users, allowing them to reset passwords or block abusive users from the site.

Don't use the same passwords for all of your online accounts. You can use a cloud-based password vault to create and store complex passwords.

If you see something online that you disagree with or that you don't like, ignore it or report it to the content provider. Sites, like Facebook, make it easy to report or block posts that you find offensive. Getting into an argument online may make you a target for a cyber harasser.

Be careful when using online dating sites and apps.

When using online dating sites, don't share overly personal information, including where you live and work or photos that could be damaging. Lovers and exes frequently reject cyberstalkers.

Know what information is available about you online and take steps to ensure that your privacy is maintained. To avoid unwanted calls or texts, contact websites that list your phone number and ask for removal.

What to Do If You’re a Victim of Cyberstalking

If you're a victim of cyberstalking there are a few things that you can do to stop it:

Change passwords often. Create a new password for any compromised site. If you use the same password for other accounts, change all logins to use strong, sophisticated, or computer-generated passwords.

Know that it's not your fault.

People who are victims of cyberstalking did nothing to bring on the repeated harassment and attacks they receive.

Don't engage with a troll or cyberstalker; instead, block them and report them if necessary. Most social media sites have a policy against harassment. Internet Service Providers (ISPs) can block anyone in violation of policies against cyberstalking and harassment. If the harassment is via text messages and phone calls, use a reverse lookup phone book app to identify the person behind the number and then block them. Never act out against a cyber harasser or cyberstalker since this will only continue the cycle.

If the harassment continues and there are physical threats made, contact your local law enforcement agency. Make sure you keep a record of the harassment. Although the attacks and threats are online, you can document them as evidence by taking screenshots.

If you are a victim of cyberstalking or would like to learn more about what you can do to educate our community on stalking the National Center For Victims of Crime and the Stalking Prevention, Awareness, and Resource Center (SPARC) both provide many helpful resources.