GSM: What Is GSM?

GSM (Global System Mobile Communication) is one of the two main technologies that U.S. cell phone carriers use for their networks, with CDMA (Code Division Multiple Access) being the other. Of the four big carriers in the U.S. Verizon and Sprint use CDMA, while AT&T and T-Mobile run on GSM signals. 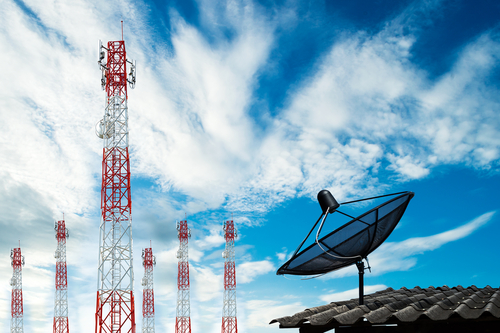 CDMA is predominantly used in the United States, but globally GSM technology is the standard.

GSM (Global System Mobile Communication) is a cellular-based communications network. The network is comprised of different size cells that cell phones connect to. GSM networks use time division multiple access (TDMA), which divides the cell signals into different time slots allowing multiple users to be on the same frequency without interference.

Considered to be the most used mobile phone system, the GSM Association states that 80% of all mobile phones utilize the GSM standard.

While the world began to recognize the system in 1987, it officially launched in Finland in 1991 by the European Telecommunications Standards Institute (ETSI). Services like fax, data support, and SMS messaging services were added in 1995. As of today, almost 700 mobile networks provide the service to almost 220 countries. The largest markets include:

The system was designed as the new standard (2G network) to replace the original analog cellular network (1G). It is important to note that this system was designed for the second-generation network only and doesn't include the CDMA based 3G Network. Some networks like Telstra in Australia, AT&T in the United States, and all of Singapore have begun to shut down and phase out the network system as they have upgraded to the 3G CDMA and 4G LTE OFDMA-based technology networks.

How Does a GSM Cell Phone Work?

For the phone to be operated under the GSM Network, it must first be connected to a base station via a signal. The base system handles how the call operates between the actual phone and the switch system. The responsibilities include the transcoding of the speech, the appropriation of radio channels to mobile phones, paging, transmission and reception over air interface along with other duties.

When getting a GSM signal, the estimated max range for the base station is around 25 miles. It is important to note that base stations are usually grouped together and a majority of the time they overlap to help customers in highly populated areas. Having the base systems overlap helps to ensure that the consumer never loses a signal. The closer a GSM phone is to the cell tower, the stronger the signal will be.

What Is a SIM Card?

A SIM Card (Subscriber Identity Module) stores the international mobile subscriber identity (IMSI) number and key. All GSM phones operate on SIM cards. While the card is comparable in size to a postage stamp, it is very powerful as it stores contacts for the user and allows the ability to make switching a device easier. The SIM card contains the following items:

What Is the Difference Between CDMA and GSM Networks?

Before analyzing the difference between the two networks, we must understand what CDMA is. CDMA (Code Division Multiple Access) is the network primarily used in the United States by the major network carriers (Sprint, Verizon, and U.S. Cellular). This particular system is used for 2G (second generation) and 3G (third generation) communications. Utilizing the full use of available bandwidth, CDMA allows multiple signals to occupy a single transmission channel.

Some of the major differences between CDMA and GSM include:

The ease of changing devices.

GSM cell phones utilize SIM cards, which make it easier to switch phones. Once you switch your card to a new device, you are able to receive all of your previous contact information from the previous phone. All carriers have to accept any GSM-compliant phone which means your carrier doesn't have full control.

To switch your phone with a CDMA network, you must have your carrier's permission as they verify through their network-based white list. Carriers are not obligated to accept any particular phone, which is extremely common in the United States. While some CDMA networks like Sprint and Verizon use SIM cards, it is only because the current LTE standard uses SIM cards from time to time.

Phone calls on the network.

3G CDMA networks do not allow voice calls and data usage at the same time. This means that you cannot be on the phone at the same time while also browsing applications, such as Facebook, or sending text messages. While there is an option that has been made available (Simultaneous Voice and Data Optimization), some carriers, mainly in the United States, still continue not to allow the action on their phones. All of the 3G CDMA networks are known as "EV-DO" or "Evolution Data Optimized."

All 3G GSM networks have simultaneous voice and data as it is a required component of the network.

The use of technology with CDMA vs. GSM.

One major component that both GSM and CDMA networks have in common is that they are multiple access technologies. This allows for multiple phone calls and connections to the internet utilizing one radio channel.

As the first work, GSM uses a "time division" system. The call is placed into a turn cycle in which the voice call is reconstructed into digital data. The transformed data is assigned both a channel and time slot. Three calls on the multiple access system look like: 123123123123. The call receiver's phone only listens to the time and puts the call together. There originally was a buzzing sound associated with GSM Phone known as a "GSM Buzz." The buzzing noise would activate when a phone was near a speaker. Since upgrading to a 3G network, the buzzing noise has ceased on newer devices.

Because of the additional processing power needed, CDMA networks use a "code division" system. All calls are transmitted at once when the data from the call is encoded with a unique key. If you have multiple calls going on in the channel, it would just be read as 3333333. The unique key from each call distinguishes the signal into each separate call.

When GSM upgraded to the 3G network it was known as a CDMA technology due to it being a newer technology. The technology is called WCDMA (Wideband CDMA) or UTMS (Universal Mobile Telephone System). Because it has more data storage, WCDMA uses channels that are different from the original CDMA system.

Both the CDMA and GSM network are moving towards the new 4G LTE (Long Term Evolution) network. The network has been established as the new standard across the globe, including the United States. The fourth generation (4G) network is defined as a network that must have connection speed of at least 100 megabits per second for cellular phones and for hotspots with a connection speed of at least 1 gigabit per second.

While the standards have been set for the evolving 4G network, there is currently work being performed on the fifth generation network (5G). The main mission of the network will be to ensure higher speeds along with the number of mobile broadband users per unit being used versus the fourth generation network. To get the 5G network off the ground, the Next Generation Mobile Networks Alliance  has laid out the following requirements the network must meet:

Verizon stated that their goal was to have only LTE network phones at the end of 2015. While the network was upgraded, the CDMA principle of phone control is still in place. Newer phones such as the latest generation iPhones, and Google phones are the considered to adapt when on the AT&T, T-Mobile, and Verizon networks.

Sprint is in a special category itself as all of the phones are able to use all of the available bands that the LTE network has available. The only potential issue is the unlocking policy that Sprint provides. The network provides very strict guidelines as they will only activate devices that are connected to their personal network. GSM phones are considered to be the most beneficial when traveling across the globe.