CDMA: What Is CDMA?

Code Division Multiple Access (CDMA) is one of the two main technologies that cell phone carriers in the United States run their networks on. The other, Global System Mobile Communications (GSM), is the global standard, but CDMA technology remains the most popularly used signal in the U.S. 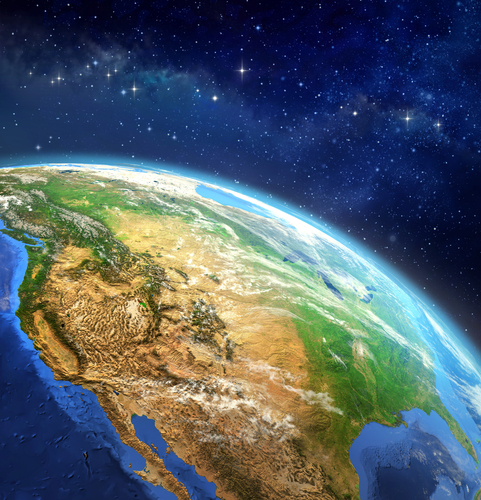 Both Verizon and Sprint run their networks on CDMA technology, while AT&T and T-Mobile use GSM. It's important to understand the differences between the two technologies when choosing a carrier and phone.

CDMA is a system that is utilized by various communication devices, such as cellular devices and tablets. The system is also used to describe second generation (2G) and third generation (3G) wireless communications. The system itself is an example of a multiple access network, in which multiple devices are allowed to communicate and send information simultaneously over one channel. The device receiving the phone call is able to interpret the call by a frequency signal that is made by a digital code pattern.

By utilizing this singular channel, users are able to bond through the band of bandwidth frequencies. The first discussion of CDMA came in 1935 by a professor in the Soviet Union, twenty years later in 1957 it was first tested in Moscow. CDMA devices can perform in 800-MHz and 1900-MHz frequency bands.

How Does a CDMA Cell Phone Work?

CDMA phones are considered by some to be an evolved version of GSM technology phones. Most phones that use CDMA technology do not have a SIM Card. Some carriers, such as Sprint, specifically builds the phone to its standards. This means that once the phone has been built, the phone will only be able to operate on the network that the it was created for.

There are some CDMA devices that depend on some of the same components as GSM phones, such as the SIM card. Networks such as Sprint and Verizon utilize SIM cards for the powerful 4G LTE network. The SIM card slots are also available on the phone in order to make it more of a "world phone," much like a GSM network phone.

When a CDMA device has a SIM card slot, it is considered a "world edition" phone since you are able to use the device across the seas on GSM networks. Examples of these type of phones include the newer iPhones (version 5 and later).

What Is a SIM Card?

A SIM card (Subscriber Identity Module) provides the international mobile subscriber identity (IMSI) number and key. All GSM phones operate on SIM cards, and some CDMA phones have SIM card slots. While the card is comparable in size to a thumbnail, it is very powerful. Contacts can be stored on SIM cards, which makes switching between devices easier. The SIM card contains the following items:

What Is the Difference Between CDMA and GSM Networks?

Before analyzing the differences, we must understand what GSM is. GSM (Global System Mobile Communication) is a digital mobile communications system that uses a variation of time division through multiple access points to allow multiple connections to be made on the same channel. GSM technology turns data into digital information and then uses a stream to send the data through one channel. Once the information is received, it is assigned a particular time slot.

Considered to be the most used mobile phone system in the world, the GSM Association states that 80% of all mobile phones utilize the GSM standard. While this type of phone is very common across the world, the actual coverage may be modified for the particular region the phone is in.

GSM was designed as the new standard (2G network) to replace the original analog cellular network (1G). It is important to note that this system was designed for the 2G network and does not include the CDMA-based 3G Network. Some networks, like AT&T, have begun to phase out the 2G network system as most phones now run on 4G LTE OFDMA-based technology networks.

Some of the major differences between CDMA and GSM include:

Type of storage used and ease of changing the phone.

As stated before, most CDMA phones depend on internal memory since they do not use a SIM card. This means that once you have the phone, you can only switch the locked phone by having an agreement of both your old and new carrier. The CDMA phone network is distinguished by the actual phone. This means a Samsung Galaxy phone on the Verizon network will most likely not work on the AT&T network due to network restrictions.

GSM phones utilize the SIM card as its main form of internal storage. While the phone is still considered to be locked, users are able to change the phone with ease by switching the removable chip inside. The SIM card also distinguishes the phone service. This means that you can easily upgrade or switch phone by moving your SIM card from one device to another GSM device.

Ease of use for international roaming.

With a CDMA device you would have to buy separate phones for domestic and international usage. CDMA phones operate in only two countries (United States and Russia).

While both phone networks now have capabilities of housing 3G, 4G, and LTE networks, there are still small differences when it comes to the transmission of data.

GSM utilizes General Packet Radio Services (GPRS) which ensures rate transmission from 56 Kbps-114 Kbps and a continuous connection from your cell phone to the internet. Having this type of high data allows you to utilize applications such as Facebook, Instagram, and Skype while on your mobile device. Since the device channels are considered as shared, rates for this type of service are a little cheaper.

Both CDMA and GSM networks are moving towards the new 4G LTE (Long Term Evolution) network. 4G LTE has been established as the new global standard, including within the United States. The fourth generation (4G) network is defined as a network that must have connection speeds of at least 100 megabits per second for cellular phones. 4G hotspots must have a connection speed of at least 1 gigabit per second.

While the standards have been set for the evolving 4G network and cellphone manufacturers and carriers update to the new network around the world, there is currently work already being done on the fifth generation network (5G). The new network will ensure higher speeds along with a higher number of mobile broadband users versus the current 4G network. To get the 5G network off the ground, The Next Generation Mobile Networks Alliance has laid out the following requirement the network must meet:

Verizon updated from CDMA to LTE network phones at the end of 2015. However, the CDMA principle of phone control is still in place.  Newer phones adapt when on the AT&T, T-Mobile, and Verizon networks.

Sprint is now is a special category as all of their devices are able to use all of the available bands that are on the LTE network. The only possible issue with Sprint is their unlocking policy. The network provides very strict guidelines as they will only activate devices that are connected to their personal network.