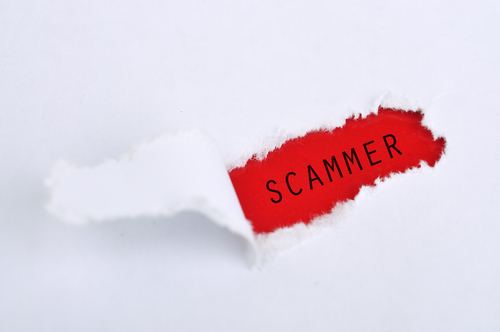 In addition to the many obstacles of starting and running a small business, such as finding the right talent, building a client base, obtaining funding, they also face the threat of fraud and scams taking advantage of their situation. Both the jailed employee phone scam and the office supplies phone scam are common ploys which scammers use to steal from small businesses.

Another common phone scam that small businesses should be weary of is the civic recognition award phone scam. It makes sense for a small business owner to be recognized by their community for the jobs they provide and other ways in which they give back to their local economy. Scammers realizing this have designed a phone scam which targets these business owners.

Receiving a congratulatory phone call out of the blue regarding a recognition award would be a nice surprise to every business owner. Scammers will research and call local businesses to claim that they have been nominated for an award for giving back to their community. This scam has two different scenarios, which are listed below.

In the first scenario of this phone scam, the caller claims that you've been nominated for an award that is in your industry and that the ceremony is to take place in a special destination, such as Las Vegas or Miami. In order to receive the award the caller needs to confirm that you can attend the ceremony and requests a down payment from you for the airfare and hotel reservation.

In the second scenario, the caller claims to represent a local, regional or national chamber of commerce or business guild, they would like to congratulate you for being nominated for an award by them. There will also be the caveat that in order for your business to receive the award you must join their group, which entails a fee.

The caller will offer discounted yearly and lifetime membership plans to make the offer more tempting.

Beating the Scammers at Their Own Game

It's best to avoid accepting any award that you've won, but first need to pay a fee to receive. Especially, if the caller requests the fee be paid via wire transfer or pre-paid debit cards. It's best to take the caller's information, hang up and do some research. First by looking up the name of the organization the caller claimed to be from and by running a reverse phone lookup on the number to check for suspicious behavior.

If you have any doubts you can contact the Better Business Bureau.

Letting Others Know Your Experience

If you feel that you may have been contacted by a phone scammer offering you an award with a fee associated with it, you can report it to the Federal Trade Commission (FTC) and the Better Business Bureau (BBB). Scammers will often try to con multiple people in one community so reporting phone scams is essential to help raise awareness and stop the spread of them.

You can also warn others in your community by leaving your feedback on suspicious phone numbers in CallerSmart's online phone directory and our free call tracing iPhone app.