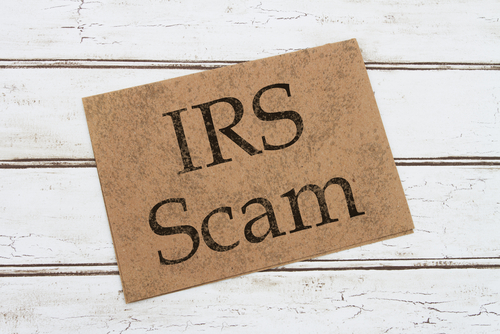 Scammers often pose as survey takers and will call pretending to be a government official taking a survey. By claiming to be conducting a survey these calls are allowed under the Do Not Call list. In some cases, these survey scammers will identify themselves as the IRS and will used spoofed phone numbers to back up their claims.

IRS phone scams have been around for quite some time and have become a major problem. In fact, according to the Treasury Inspector General for Tax Administration (TIGTA) the tactics of phone scammers have conned nearly 4,550 victims out of a collective $23 million since October 2013.

Though many U.S. citizens are aware of IRS impersonator scams, not so many are aware of the IRS survey scam. Scammers developed the survey scam to continue to defraud and steal information from Americans.

Everyone should be wary about providing such information. Your identity and financial accounts may be at risk if you give this information away.

How to Protect Yourself From the Scam

Criminals often pretend to be government officials to sound more believable and get around the Do Not Call list. However, there are several warning signs. Here are some things to keep in mind.

The IRS will never call you unsolicited. The only reason that you will be contacted by phone by an IRS agent is if you have already contacted them and have an open case with them.

Never give your personal information over the phone, regardless who claims to be on the other end. Keep in mind that surveys are anonymous, including IRS surveys. The only information a survey taker requests should be non-identifying, information such as your age-range, spending habits, etc.

The best way to avoid potential survey scams, like this one, is to avoid participating in phone surveys. Surveys will often sell information to third-parties and it can be difficult to identify whether or not they are legitimate.

How to Report the Scam

If you have been contacted by a person claiming to be conducting an IRS survey you should report it to the the TIGTA at 1-800-366-4484 or at www.tigta.gov, as well as the Federal Trade Commission's FTC Complaint Assistant.