Traffic light cameras, or red light cameras as they’re also known, have made it impossible to run a red light. Whenever a car goes through a red light the camera will snap a picture of the license plate, this photo is then used to fine the driver for violating traffic laws. You might not even realize that you’ve run a red light until you get a letter in the mail stating that you did and that you need to pay a fine. 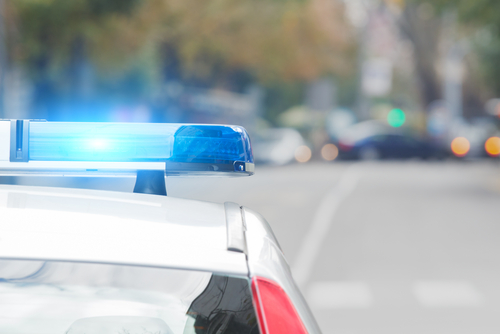 Scammers know this and have started to make phone calls pretending to be calling from the police department and stating that you must pay your traffic violation. Find out more about how this scam works and what you can do to avoid it below.

You get a call from someone claiming to be a police officer, they may be using a spoofed caller ID to make it seem as if they are really calling from your local police department, they say you’ve run a red light.

They go on to tell you that they have proof that you ran this red light but that you still have not paid the fine that was sent to you. At this point you’ll start to think to yourself that you don’t remember running any red light and you don’t remember receiving any fine in the mail. The caller will say this doesn’t matter and they may even give a nearby location of where you ran the light.

The caller will threaten you with a court summons and an even bigger fine if you do not immediately pay the original ticket. They will request a money transfer be sent.

How to Avoid This Scam

This scam like many other phone scams tries to make you panic and cough up money without questioning the situation. If you’re contacted by someone claiming to be a police officer and demanding you pay a fine keep these things in mind.

The police will never call demanding money from you.

You will never get a legitimate call from your police department asking you to pay a fine.

Tickets will always be mailed to you first.

If you have an actual ticket against you, you’ll first receive news of it in the mail. It will be an official letter from the state where you received the ticket.

You always have the right to dispute a ticket.

Even if the caller claims to have clear evidence that you ran a red light you can still dispute the ticket. This is especially important to keep in mind when you don’t remember having run any red lights.

How to Report the Scam

If you’re getting a call from someone pretending to be a local police officer or sheriff, hang up and call back your local law enforcements non-emergency line directly. Let them know that someone contacted you pretending to be an officer and give them any and all pertinent information.

Callers who are running this scam aren’t just targeting one person, they’re targeting thousands of people. It’s important to let your law enforcement know that someone is impersonating them in phone calls so that they can warn the public.

You can also spread awareness of this scam by reporting it in our free phone number tracing app or our online phone book directory.