Caller ID saves us time and aggravation by letting us know who is calling. Imagine going back 40 years ago, and not being able to see who was calling you. You would have no idea who was on the other end of a ringing phone. It could be your mom, a friend, a prankster, or a call center telemarketer. The only way to find out was by answering the call. 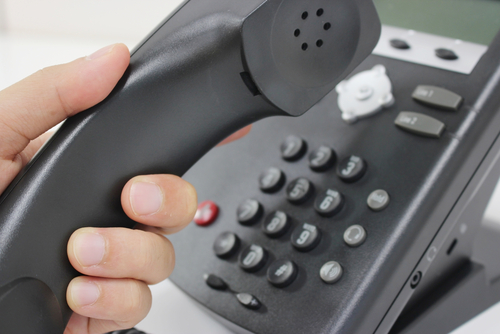 Nowadays, we still get annoying telemarketing calls, but thanks to caller ID we can ignore some of them, it helps us identify who is calling. With caller ID (CID), you'll be provided with the number that's calling you. Sometimes caller ID can also provide us with the name of the caller, this type of service is called CNAM.

What Is Caller ID?

Caller identification tells who is behind an incoming call. Likewise, if you make an outbound call, your number would show up on the recipient's caller ID service. There are two main types, one shows numbers and the other, CNAM, shows names.

Traditional landlines usually display a caller ID that the service provider gives. This type of information cannot be altered. With certain other types of phone lines, like trunk lines or VoIP lines, CID can be altered to display what the caller wants to show.

Like the Olympics, the root of modern-day caller ID started in Athens, Greece. Theodore George “Ted” Paraskevakos developed the first caller identification system in the United States in 1968. Three years later, Paraskevakos installed his first prototype at the Peoples' Telephone Company in Alabama. These first prototypes worked quite well.

Several years later, a Japanese inventor, Kazuo Hashimoto, improved on Paraskevakos original by building a display device for CID information. Hashimoto's patent on his display was submitted on May 8, 1976, and was soon after licensed to most of the major telephone companies.

It wasn't until 1984 that CID was offered to the general public. BellSouth launched its first market trial in Orlando, Florida. Three years later, there was another market trial launched in New Jersey. Throughout the late 80s and early 90s more telephone carriers started to offer caller ID as a paid service to their customers.

In 1995, another breakthrough came about with the introduction of call waiting ID. This technology allowed information to be displayed while a person was on another call as well as options to switch from the current call to the second call, ask the second caller to hold, or conference in the second caller. It also helped to prevent missed calls.

Nowadays, our smartphones - iPhone or Android - will display the telephone number that is calling us, but they will not display a name unless the caller is already in your contact list.

Why Do Some Calls Display a Name and Others Only a Number?

There isn't always a name associated with a number. Cell phone providers do not have publicly listed names associated with numbers, due to privacy concerns. Landline numbers, however, do have information such as first and last name of who it belongs to, or the business name. Landline information is public unless the person or business opts to have it unlisted.

What Is the Difference Between CID and CNAM?

CID is a phone system that allows a caller's information, such as their number, to be transported to the receiver's phone equipment. When a phone call is received, a display will show the phone number, and if available the caller's name, on the receiver's phone. Most voice over Internet Protocol (VoIP) applications provide the telephone service today. The phone carrier of the caller is the responsible party for sending the phone number from where the call originates.

VoIP service works by converting analog voice calls into digital information. Regular phone systems utilize circuit-switched telephony, which sets up one channel between two points for the call to take place while also taking advantage of copper wires. VoIP technology makes it easier for customers because the process is streamlined allowing companies to handle multiple calls within.

The identifiable information provided is known as the Caller ID Name (CNAM). CNAM data, which usually contains fifteen characters, shows a calling party's name to help the receiver identify the caller. When receiving the information, the initiator's phone company utilizes a modem to send the character information to the receiver's caller ID.

A CNAM dip refers to the action taken to look up the CNAM information of a received phone call. The carrier of the individual who is receiving the call will perform a database search to access available information, they "dip" into the CNAM database.

CID combined with CNAM information will contain the originator's phone number and name. Once the phone call starts its process, the data is then transferred through a modem. This information allows customers to avert unwanted calls from solicitors while ensuring that an important call is never missed. Having the information is also useful when potentially blocking non-essential phone calls.

It is important to note that while landlines contain CNAM information, cellphones do not. CallerSmart solves this problem by allowing our users to access CNAM information on their iPhone.

Caller ID spoofing can be a major problem. Spoofing changes the number that is displayed. It can make it look as if someone is calling from the IRS or the local sheriff's department.

While spoofing is not illegal, using it in a malicious way is prohibited by the Federal Communications Commission (FCC). In the Truth in Caller ID Act, it is illegal for any person or entity to disseminate misleading or inaccurate information with the intent to defraud, cause harm, or wrongly obtain anything of value.

The spoofing act is committed when the call originator performs a facade by acting as an official from a bank, credit company, government organization, charity, etc. Various technologies are used to change of the CID, but the main one is the use of VoIP and PRI (Primary Rate Interface) lines. Employing the use of this technology makes it easy for scammers to spoof a call since they are able to choose the phone number they wish to display when placing a call.

How Can CID be Spoofed?

There are services, like SpoofCard, which allow individuals to spoof their number. VoIP lines can also be used to spoof numbers as well as different types of software and hardware. Number spoofing is only illegal when it is being used to defraud and harass.

The most common forms of caller ID spoofing are:

How Can I Detect CID Spoofing?

It is impossible to trace where a spoofed number is coming from, or that it is being spoofed, which makes it very difficult to catch phone scammers who use spoofing software. You should never give your personal information such as credit cards, bank accounts, or social security numbers to callers who you do not know, regardless of where the caller ID shows the call coming from. This can be particularly troublesome when the spam calls use a robocall system to dial thousands of numbers per hour.

Be sure to investigate any unknown phone numbers that call you in CallerSmart's online phone book before you decide to call back. You can see other user's feedback on numbers and check for suspicious behavior.

If you suspect that you've received a call from a scammer using caller ID spoofing, you should report it to the Federal Communications Commission (FCC). The two easiest ways to reach the FCC are:

Why did I Receive a Call With No Number Displayed?

The person who was calling you was blocking their caller ID. Unfortunately, CallerSmart cannot unmask the identity of someone who has blocked their information from displaying. You can change your iPhone settings to block calls with no caller ID.

How do You Call Someone with No Caller ID?

You can block your information from displaying when you make a call by dialing *67 before you dial the number you want to call. When the person you're calling receives the call, then "Unknown" or "No Caller ID" will display. If this person has opted to not receive calls with no CID though, then your call will not go through.

The iPhone can only display the number that is calling and does not have the ability to show any CNAM information. Your iPhone will only display the name of a caller, if that caller is already in your phone book.

This is part of the reason why we created CallerSmart - we wanted to put a name to all of the unidentified calls and texts we receive on our iPhones!

We've approached the challenge of solving the iPhone's CID problem in a fundamentally new way. We made a game out of keeping a shared U.S. phone book up-to-date for everyone, and we made it fun so that our users actually want to help each other out.

CallerSmart allow users to lookup the owner behind an unknown number with our reverse phone lookup service. Although it is not instantaneous, it does allow you to identify unknown calls and texts quickly and easily.

To use CallerSmart, just copy and paste, or type, the unknown or unwanted number into the search bar in our app or website. We'll display whatever free information we have regarding the number. Our app and website comb through over 600 million current U.S. phone records to find more information on the number that called you!

Where Does CallerSmart's Information Come From?

Our information comes from dozens of the best public and private data sources for phone book listings. Then we combine all that data with a community of users who compete to make sure the listings are accurate, useful, and comprehensive.

How Can I Use CallerSmart's CID to Identify Unknown Calls?

You can access CallerSmart's phone book by downloading our reverse phone lookup using our iPhone caller ID app. If you don't have an iPhone, you can still run a phone number trace on our website. Whenever you receive an unknown call, enter the phone number into our app or website and we'll display any free information that we have on the phone number. In addition to our free results, we also provide the option to search private databases for more Caller ID information, risk-free!